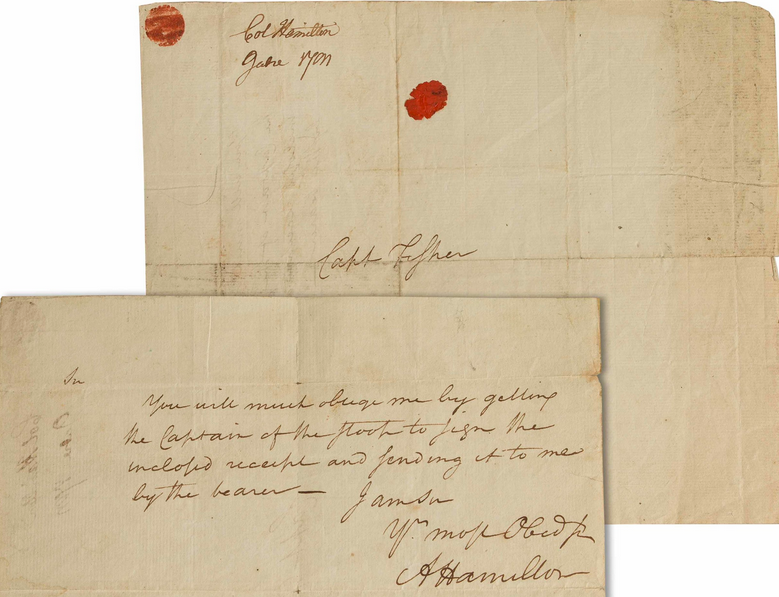 A rare military document written by Alexander Hamilton near the end of the Revolutionary War will be up for bidding this week in Sacramento.

The Sacramento Bee reports that the letter, written by one of the Founding Fathers of the United States and the first secretary of the Treasury, will be among the highlights of “Weapons & War: Objects of Heroism and Tragedy,” an auction featuring over 300 items spanning the Revolutionary War to World War II.

Hamilton, one of the Founding Fathers of the United States, penned the letter in 1782. Auctioneer Brian Witherell says the letter was found in a New England schoolhouse, then passed down through a family.

Two heirs to the document live in Sacramento.