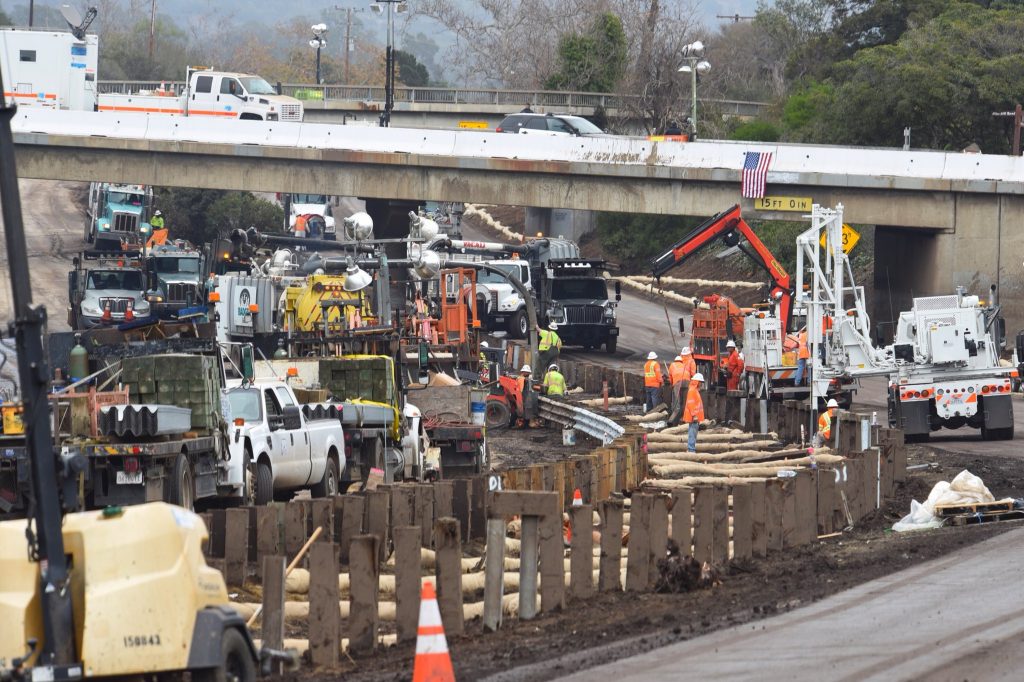 Traffic began moving again on U.S. 101 in Santa Barbara County shortly after noon, according to Jim Shivers, spokesman for the California Department of Transportation. Officials had promised a day earlier that the highway would be open again in time for the Monday morning commute.

All lanes were inundated Jan. 9, when a powerful storm brought down boulders and trees from hillsides in Montecito made bare by last month’s wildfires. At least 21 people were killed and hundreds of homes were destroyed or damaged. A 17-year-old boy and 2-year-old girl remain missing.

Crews worked around the clock clearing drainage areas, stabilizing embankments and repairing guardrails and signs. They also cleaned and swept the highway.

During the U.S. 101 shut down, Amtrak added additional cars to its route between Santa Barbara and points east as travelers increasingly relied on rail service to get around the closure.

With many surface streets also impassable, for a time the only other ground route into the Los Angeles area — located 90 miles (145 kilometers) down the coast — was a series of smaller mountain highways that added more than three hours to the trip.