National Geysers Yes, Ellis Island No: During Shutdown, Some U.S. Parks Open, Some Not
National 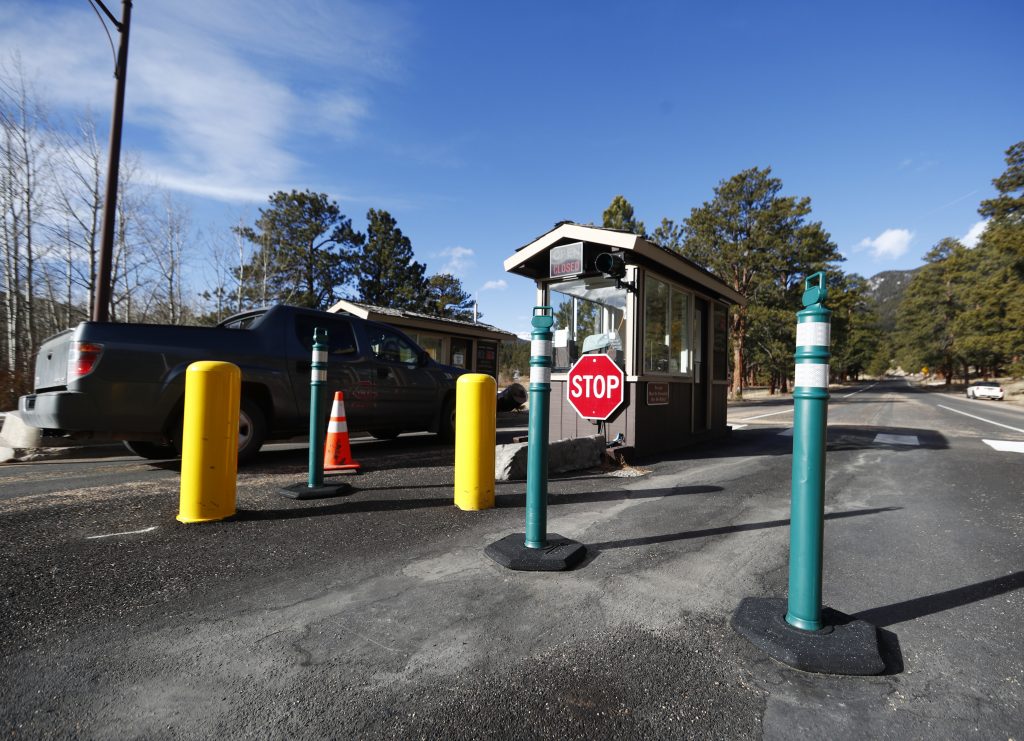 Visitors could still ride snowmobiles and ski into Yellowstone National Park Saturday to marvel at the geysers and buffalo herds, despite the federal-government shutdown.

But across the country in New York, the nation’s most famous monuments to immigration — the Statue of Liberty and Ellis Island — were closed.

The Interior Department had vowed to keep open as many parks, monuments and public lands as possible during the shutdown, which began at midnight Friday on the East Coast.

By mid-day Saturday, the pattern was spotty, and some visitors were frustrated.

“My initial reaction is, ‘They really kind of [messed] up our day.’ We had a great day planned,” said Dan O’Meara, a California firefighter who wanted to visit the Statue of Liberty and Ellis Island. “But the next thing is, you know — it’s troubling that the people we voted in are not doing the job that they’re supposed to be doing. So, it’s very frustrating.”

In Yellowstone, cross-country skier Carol Weaver was unhappy with lawmakers, even though the trails were open for her and a group of friends making a two-day visit.

Weaver, from Bozeman, Montana, worried about what would happen if the impasse is lengthy.

“This is our public land, and we should be able to use it any time we want,” she said. “Congress better get its act together. They’ve been so irresponsible the last year, as well as the White House.”

Sen. Steve Daines, R-Mont., said the Trump administration is trying to minimize the effects of the shutdown by keeping parks open, but he accused former President Barack Obama of doing the opposite.

“There’s a little different philosophy on the shutdown from the Obama administration, which was, ‘We’re going to try to inflict pain on the American people,’ ” Daines said.

He said Interior Secretary Ryan Zinke, a former Montana congressman, wants to keep Montana’s Glacier National Park and Yellowstone open. Most of Yellowstone is in Wyoming but three of the five entrances are in Montana.

On Saturday, Zinke tweeted, “Not all national parks are fully open but we’re working hard to make as much accessible as is safely possible.”

Yellowstone had two inches of fresh snow on Saturday and temperatures in the teens. Visitor centers, public toilets and other facilities run by the National Park Service were closed, but privately operated hotels, tour services and gift shops were open.

Snow coaches — small buses with tank-like tracks and oversized tires — shuttled visitors from the edge of the park to the geyser field that includes Old Faithful and to other popular destinations within the park’s remote interior.

Xanterra Parks & Resorts and other private companies that serve visitors at Yellowstone said they’d cover the cost of grooming the park’s snow-packed roads for at least a week to keep them open.

Ginger Lee, visiting the park from Palm Beach County, Florida, with her husband and daughter, worried before coming that Yellowstone might be closed. But after cruising past the closed booth where entrance fees are usually collected, the Lees were soon trudging through the snow on a boardwalk leading to one of the park’s famous thermal features.

“The bison and the elk and the bighorn sheep — the shutdown doesn’t affect them so we’re happy,” Lee said.

In Philadelphia, the Liberty Bell and Independence Hall — where the Declaration of Independence and the Constitution were signed — were closed.

Gaetana Dimauro of Adelaide, Australia, wasn’t aware of the government shutdown when she went to see the Liberty Bell.

“That’s bad though,” she said. “I never heard of that before.”

In Boston, the USS Constitution, the 220-year-old warship anchored at Charlestown Navy Yard, was open to visitors. But the site of the Revolutionary War Battle of Bunker Hill was closed.

In New Mexico, parts of Bandelier National Monument’s cliff dwellings and fragile archaeological sites were off-limits to protect them from damage, but the entrance road and some trails were open.

A storm moving into Colorado Saturday was expected to drop up to 18 inches of snow, and Rocky Mountain National Park spokeswoman Kyle Patterson said crews would not plow the roads.

In Florida, the western entrance to Everglades National Park was closed but boat tours were still operating, the Naples Daily News reported.