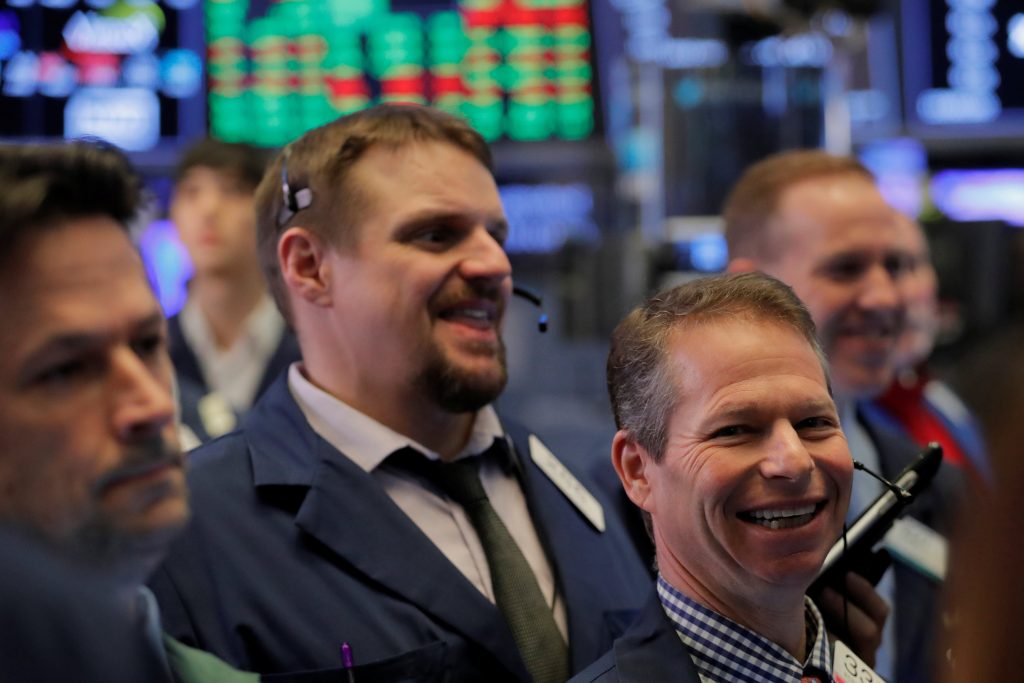 The major U.S. stock indexes were mostly higher in morning trading Friday as gains by retailers and consumer-goods companies outweighed losses in other sectors. Technology stocks were among the biggest decliners. Energy companies fell along with the price of crude oil. Bond yields surged to the highest level in more than three years. Investors were monitoring developments in Washington ahead of a possible federal government shutdown this weekend.

SHUTDOWN SHOWDOWN: House lawmakers voted for a stopgap funding bill to keep agency doors open and federal workers at their jobs until mid-February, but Senate Democrats and some Republicans were expected to block it on Friday. A shutdown could hurt consumer spending and rattle markets, though it’s unlikely to cause widespread economic damage, Credit Suisse economists said in a note on Thursday.

“We expect the market to move past it and not to be too caught off guard if that were to happen,” Lynch said.

BOND YIELDS: Bond prices fell. The yield on the 10-year Treasury rose to 2.64 percent from 2.63 percent late Thursday. The yield is now at the highest level since September 2014, when it hit a high of 2.647 percent.

RISING RETAIL: Investors bid up shares in retailers, cruise lines and other consumer-focused companies. Nike led the pack, climbing 3.6 percent. The stock was the biggest gainer in the S&P 500 index, adding $2.29 to $66.41.

PRIME HIKE: Amazon was trading higher after the e-commerce giant said it will raise the price of its Prime membership monthly plan by nearly 20 percent. Starting Friday, new monthly members will pay $12.99 a month, up from $10.99. The stock picked up $2.98 to $1,296.30.

TECH SLIDE: Technology stocks were among the biggest decliners, giving up some of their recent gains. Qorvo slid $3.11, or 4.4 percent, to $67.59.

NOT BUYING: American Express fell 2.4 percent after the credit-card issuer suspended its share-buyback program for six months. The stock shed $2.38 to $97.48.

The decline in oil prices weighed on energy-sector stocks. Range Resources slid 45 cents, or 2.7 percent, to $16.02.