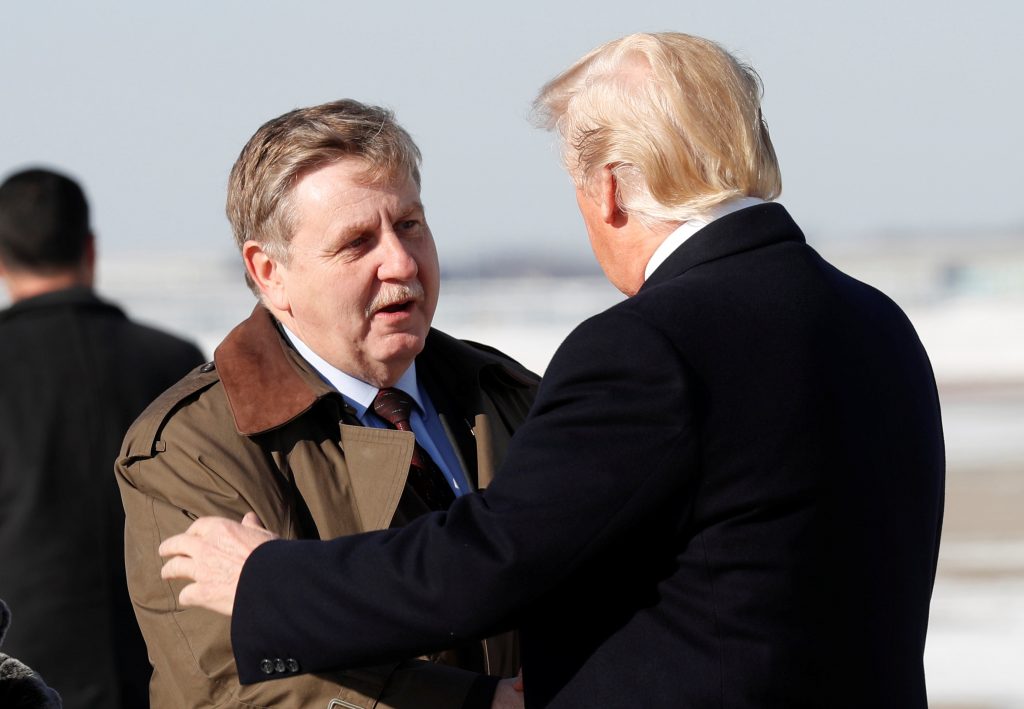 President Donald Trump traveled to western Pennsylvania on Thursday to show his backing for the Republican candidate in a special congressional election where Democrats are hoping to score another upset victory in Trump-friendly territory.

The March 13 race for a U.S. House of Representatives seat is being watched nationally as an indicator of whether Democrats can be competitive in Republican-leaning congressional districts ahead of November elections, when control of both houses of Congress will be at stake.

The president landed in Pittsburgh and was greeted by Rick Saccone, the state representative and Republican candidate seeking to replace Republican Tim Murphy, who resigned in October.

The Republican president spoke briefly with Saccone and his wife on the snowy tarmac before heading off to deliver remarks on tax cuts at an industrial equipment company outside Pittsburgh, where he also gave the candidate a shout-out.

Mr. Trump said the company, H&K Equipment in Coraopolis, Pennsylvania, planned a $2.7 million capital investment because of recently enacted corporate tax cuts — one of several examples he gave to show how his first legislative win was helping boost business across the country.

“America doesn’t belong to the Washington power brokers — it belongs to you,” he said in his speech.

In an interview with Reuters on Wednesday, Mr. Trump pledged to be heavily involved in congressional races, including the one to replace Murphy. Republicans are battling to keep control of both the House and Senate.