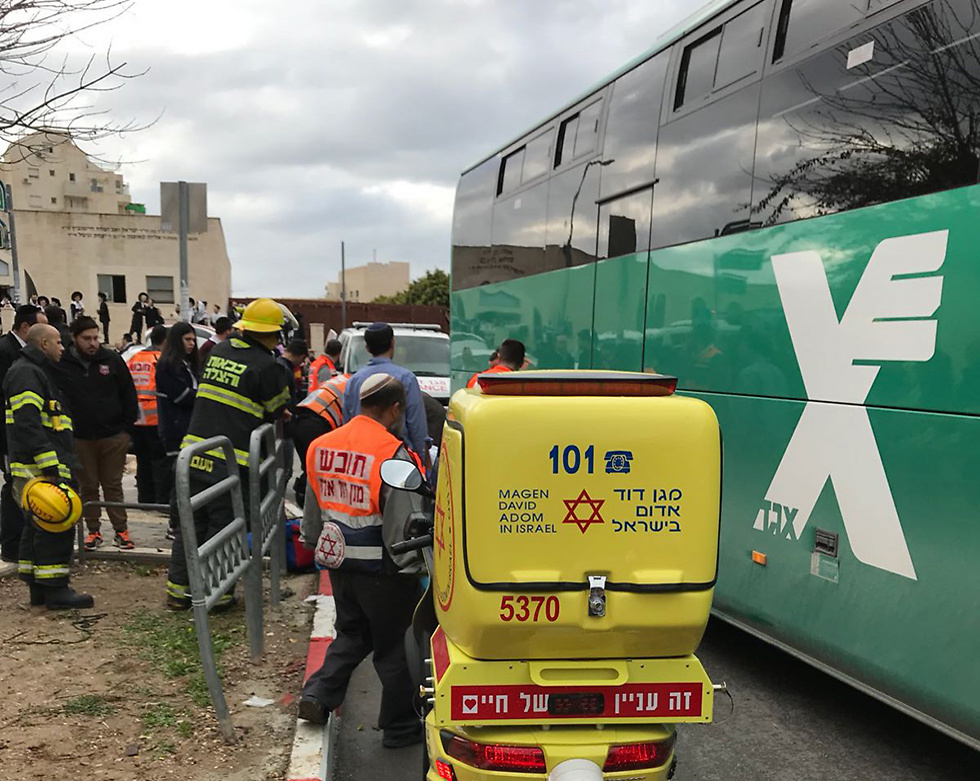 A tragic road accident in Beit Shemesh on Thursday morning took the life of a six-year-old boy, a resident of one of the chareidi neighborhoods of Ramat Beit Shemesh. The boy, who was crossing a crosswalk with his father on his way to school, was hit by an Egged bus on Nachal Kishon Boulevard. The boy was badly injured and was niftar a few minutes later. His father was moderately injured and taken to Hadassah Ein Kerem Hospital for treatment.

Police have closed the road and an investigative team has been dispatched to examine the scene. Police are redirecting traffic. In a statement, Magen David Adom officials said that they had tried to resuscitate the young victim, but were unable to.

Ichud Hatzalah director Moshe Teitelbaum, who was on the scene, told reporters there that the scene was “a very difficult one. A father and son who were walking were hit by a bus. Unfortunately, the boy was niftar at the scene of the accident. Ichud Hatzalah volunteers provided first aid to the father, who was moderately injured.”

Details on the identity of the victim, as well as details of his levayah, have yet to be released.