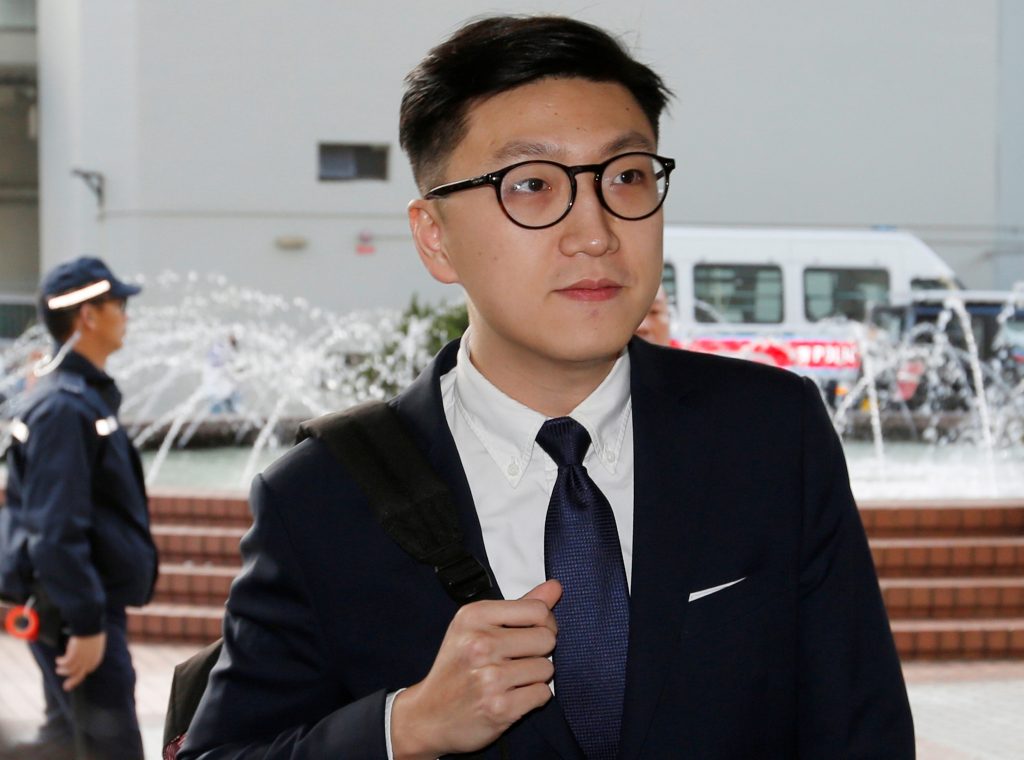 A young protest leader calling for Hong Kong’s independence from China appeared in court on the rare charge of rioting on Thursday as two co-defendants failed to show up, the latest case highlighting a new generation of opposition to Chinese rule.

The former head of radical group Hong Kong Indigenous, Edward Leung, 26, faces four charges, including rioting and incitement to riot, for his role in a 2016 Lunar New Year protest that turned violent when masked activists tossed bricks at police and burned trash cans.

Five other protesters also appeared in court on rioting and other charges.

Rioting carries a maximum jail term of 10 years. The High Court had issued arrest warrants for two other activists, including protest leader Ray Wong, who failed to appear in court.

Activist circles say Wong has left Hong Kong and another protester is in Taiwan.

High Court Judge Anthea Pang issued an order that prohibits the reporting of details of the case before a jury is chosen.

About 130 people were wounded in the clashes that were labeled a riot by then Chief Executive Leung Chun-ying.

The overnight demonstration began as a rally to support street hawkers, but erupted into anger at what protesters perceive as mainland China’s encroachment into the city’s autonomy and culture.

When a months-long “Occupy” street occupation failed to wrestle more democratic rights from Beijing’s Communist Party rulers in 2014, a generation of young activists began pushing for outright independence, a red line for China.

Dozens of young protesters have been jailed for “unlawful assembly” and other charges. Joshua Wong, 21, the public face of Hong Kong’s democratic movement, was jailed for three months on Wednesday for refusing to leave a 2014 protest site.

The financial hub was promised a high degree of autonomy when Britain handed its colony back to Chinese rule in 1997 under a “one country, two systems” formula, but activists see evidence of growing interference by Beijing.

Hong Kong and Chinese authorities have repeatedly condemned calls for independence, citing the city’s mini-constitution, the “Basic Law,” which stipulates that the city is “an inalienable part” of China.

The hearing continues on Monday.