World ‘Be My Guest’: French President Macron Spells Out Reasons for Britain to Stay in EU
World 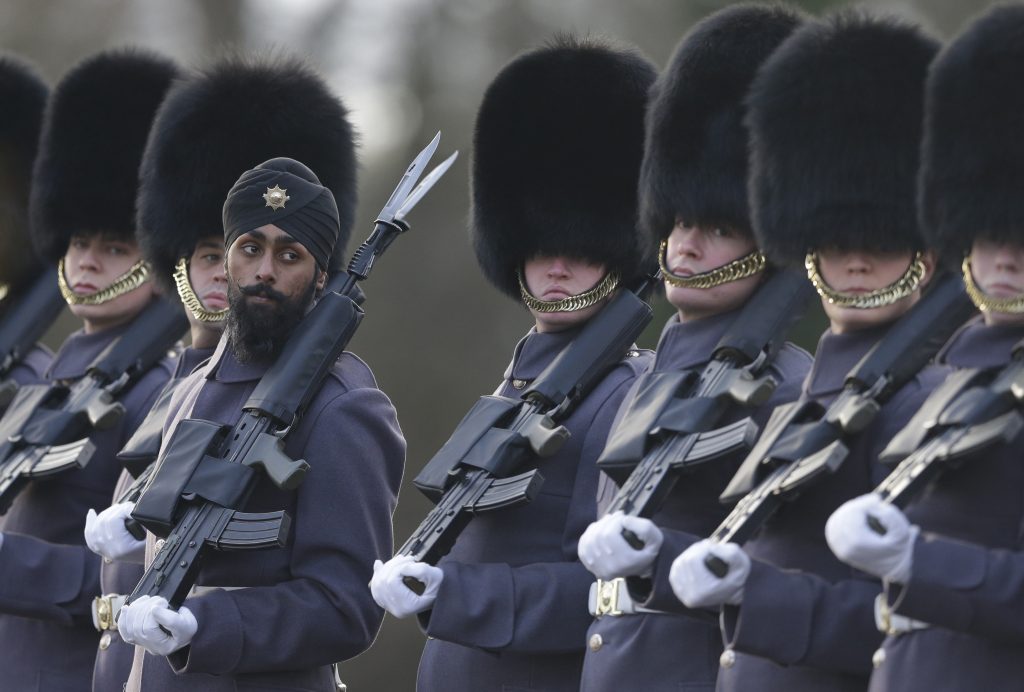 “Be my guest,” French President Emmanuel Macron told Britain on Thursday, saying he would welcome any move by Prime Minister Theresa May to stay in the European Union’s single market.

But he added a warning: London’s prized financial center could not enjoy the same level of access to the EU under May’s current Brexit plan.

At a summit where both leaders hailed the two neighbors’ friendship and historic ties and tried to focus on deepening security and defense cooperation, differences over Brexit once again threatened to sour the meeting — underlining the struggle May faces to negotiate a deal that will protect the economy.

“The choice is on the British side, not on my side,” Macron told a news conference after being asked why he was opposed to Britain’s financial sector being included in any agreement on future trade between the two sides.

Britain has ruled out pursuing a deal with the EU that would mean it would have to pay into its budget or respect its four freedoms, including free movement of people. Instead May says she wants a bespoke free trade deal covering both goods and services.

But by pressing for the inclusion of the financial services sector — which accounts for about 12 percent of Britain’s economic output and pays more tax than any other industry — May has lit the fuse on what could become the argument that dominates the so-called second phase of the talks to dismantle more than 40 years of membership of the EU.

Last year, Macron launched a charm offensive on banks working in London’s City, calling on them to rebase in Paris.

“We recognize that as we’re leaving the European Union, we will no longer be full members of the single market,” May told the joint news conference.

“I believe that is not just in the interests of the United Kingdom but also of the European Union as it goes forward to continue to have a good economic relationship.”

The two leaders fought hard to underline that Brexit had not dominated the talks. They played up a new agreement to bolster security at French border controls and for Britain to speed the process of bringing unaccompanied migrant children across the frontier from France.

They lauded a raft of agreements on everything from a British commitment to send three Chinook helicopters to Mali, where France has forces to help fight Islamist terrorists, to support for French counter-terrorism operations and measures to boost school exchanges as a sign they could work together.

May also offered France 44.5 million pounds ($62 million) to help with border security, part of May’s strategy to use defense as one of her strongest arguments for gaining leverage in negotiations on Britain’s planned departure from the EU.

But Macron, visiting Britain’s army officer training academy for a guard of honor, was clear that, in his mind, there was no trade-off on the border in favor of Brexit.

“I am not here to either punish or reward,” he said.

There were choreographed displays of cordiality, including a loan to Britain of the 11th-century Bayeux Tapestry and a lunch visit to a Michelin-starred pub in May’s own constituency in the southern English town of Maidenhead.

But even the decision by France to loan the more than 900-year-old tapestry fell flat in Britain’s Eurosceptic media.

“What a stitch-up! Did borrowing the Bayeux Tapestry cost Britain 45 million pounds more to stop migrants at Calais?” the Daily Mail asked, while the Sun mocked up the depiction of how William the Conqueror invaded England in 1066 as a tale of the EU trying to stop Britain leaving the bloc.