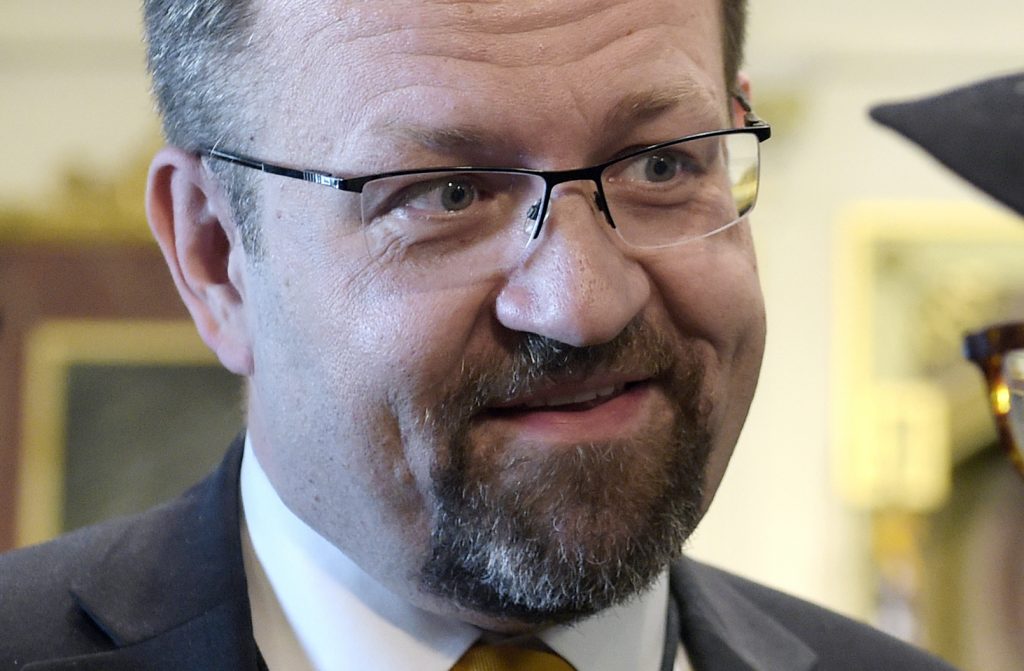 Hungarian police had an arrest warrant open for Sebastian Gorka during the eight months he spent as a national security aide to U.S. President Donald Trump.

The warrant issued in September 2016 is for unspecified weapons or ammunitions charges. It remains posted on the website of Hungary’s national police.

The British-born Gorka has Hungarian heritage and lived in Hungary for years starting in the early 1990s.

That he was wanted by Hungarian law enforcement while working for the White House appears to have escaped public notice before it was reported Thursday by Hungary’s 444.hu website, based on a reader’s tip.

Reacting to reports saying the warrant might have stemmed from charges filed in 2009, Gorka tweeted: “I moved to America in 2008. (LEGALLY!).”

Hungarian police have not released other details about the warrant.