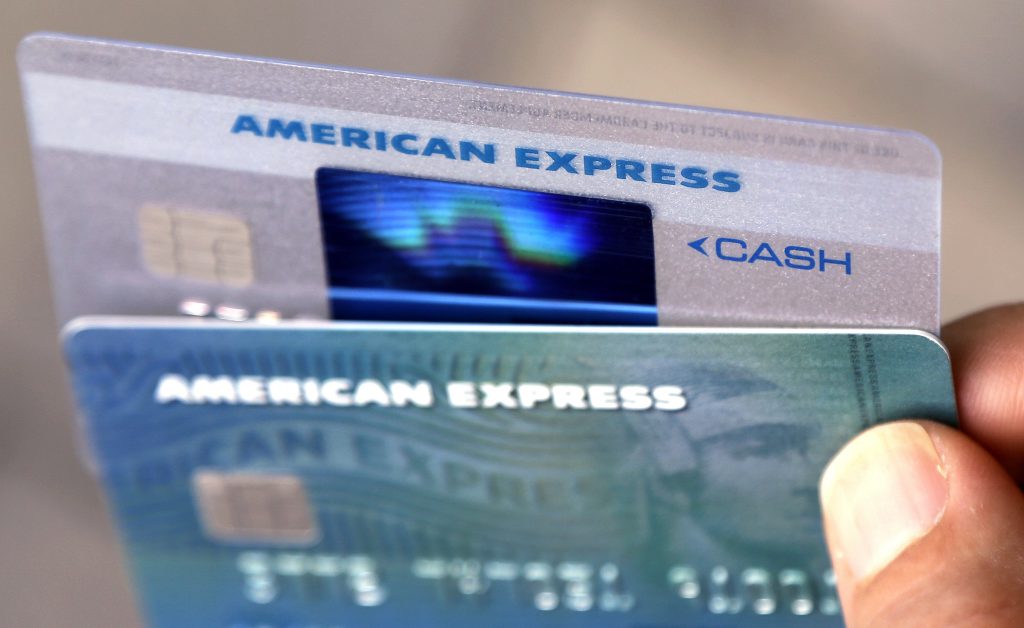 Credit-card company American Express posted a $1.2 billion loss in its latest quarter after booking large one-time charges related to the new tax law. The company also announced it would suspend its share buy-back program for six months to rebuild its capital following the charge.

American Express Co. said Thursday it lost $1.41 a share in the three months that ended Dec. 31, compared with a profit of $825 million, or 88 cents per share, in the same period a year earlier.

Excluding the one-time charges, AmEx said it earned $1.58 a share. Industry analysts had expected $1.54 a share on average, according to FactSet.

Like other banks, American Express had to take significant one-time charges against its results to comply with the new tax law that was enacted in December. The company had $2.6 billion in charges, mostly tied to profits American Express had earned abroad and was now returning to the U.S. under a special one-time tax program. The company also had some deferred tax assets, or credits it could have used toward future tax bills, which it had to write down.

New York-based American Express now expects its corporate tax rate to be around 22 percent, down from the roughly 30 percent the company historically paid.

This is the last quarter with Kenneth Chenault, American Express’s CEO and chairman, at the helm at the company. Chenault announced late last year he would retire effective Jan. 31. He had been CEO since early 2001.

“I feel very good about the progress we’ve made throughout 2017 and will be leaving American Express in very strong hands when Steve Squeri succeeds me as chairman and chief executive officer at the end of this month,” Chenault said.

Outside of the impact of the tax bill, American Express’ quarterly results were driven by higher spending on its credit cards by its customers, who the company calls its cardmembers. AmEx earns a small fee on every transaction that is run on its network.

American Express cardholders spent $291.4 billion on its cards in the fourth quarter, up from $263.2 billion in the same period a year earlier. Average cardmember spending was $5,300 in the quarter, up from $5,181, in the U.S., its largest market.

AmEx also had more cardmembers carry a balance on its cards in the quarter, a practice that the company historically did not emphasize but recently has been trying to encourage more customers to keep a balance, and therefore allow AmEx to earn interest income from that balance. Total loans were $64.5 billion in the quarter, up from $58.3 billion a year earlier.

The company also said it would temporarily suspend its share buyback program for two quarters to help rebuild its capital following the charges it took this quarter.

In after-hours trading following the release of the earnings report, American Express stock dropped $2.70, or 2.7 percent, to $97.16.