Israel Trump Denies U.S. Embassy to Be Moved to Jerusalem Within a Year
Israel 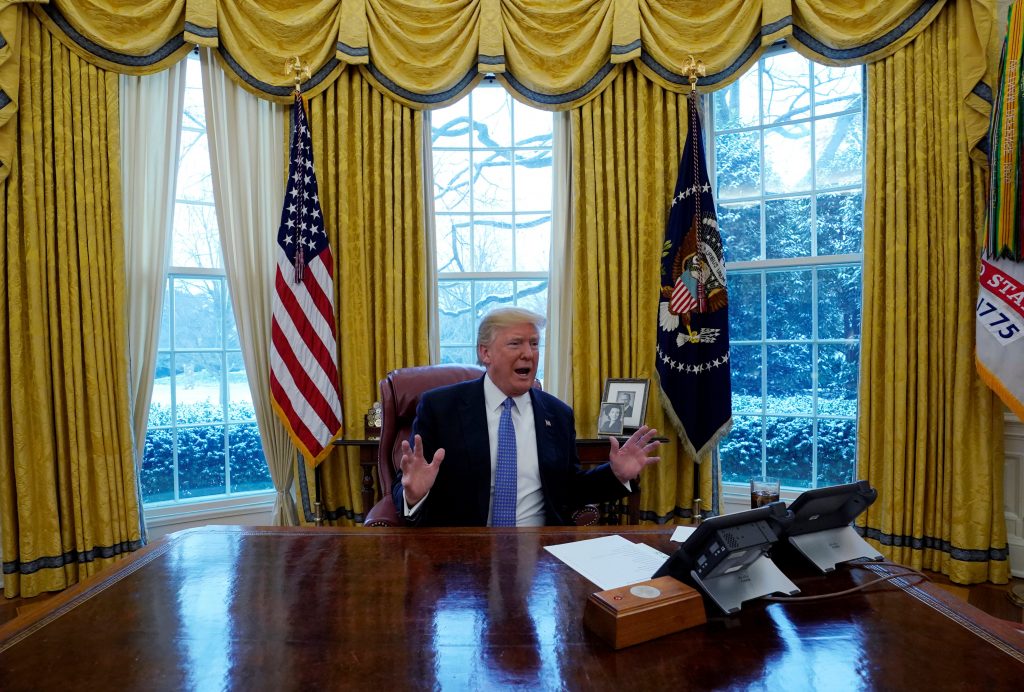 President Donald Trump denied on Wednesday that the planned relocation of the U.S. embassy in Israel to Jerusalem would take place within a year, after Prime Minister Binyamin Netanyahu said he expected the controversial move to happen by then.

U.S. Secretary of State Rex Tillerson said last month the embassy move was “probably no earlier than three years out, and that’s pretty ambitious,” a timeframe that administration officials have attributed to the logistics of finding and securing a site as well as arranging housing for diplomats.

Yerushalayim is home to sites holy to the Muslim, Jewish and Christian religions. The Palestinians want East Jerusalem, which Israel captured in the 1967 Arab-Israeli war and annexed in a move not recognized internationally, as the capital of their future state.

Netanyahu, according to Israeli reporters traveling with him on a trip to India, said on Wednesday: “My solid assessment is that it will go much faster than you think – within a year from now.”

Asked about Netanyahu’s comment, Trump told Reuters in an interview that was not the case. “By the end of the year? We’re talking about different scenarios – I mean obviously that would be on a temporary basis. We’re not really looking at that. That’s no.“

Trump – whose decision on the embassy move fulfilled a campaign pledge – promised, however, that it would be a “a beautiful embassy but not one that costs $1.2 billion,” referring to what he says was the cost of the new U.S. embassy in London.

Trump last week canceled a trip to London to open the new diplomatic mission, blaming his White House predecessor Barack Obama for selling off the old one for “peanuts” in a bad deal.

He acknowledged that the embassy move in Britain was agreed under former President George W. Bush but said it was built under Obama and “came out tremendously over budget.