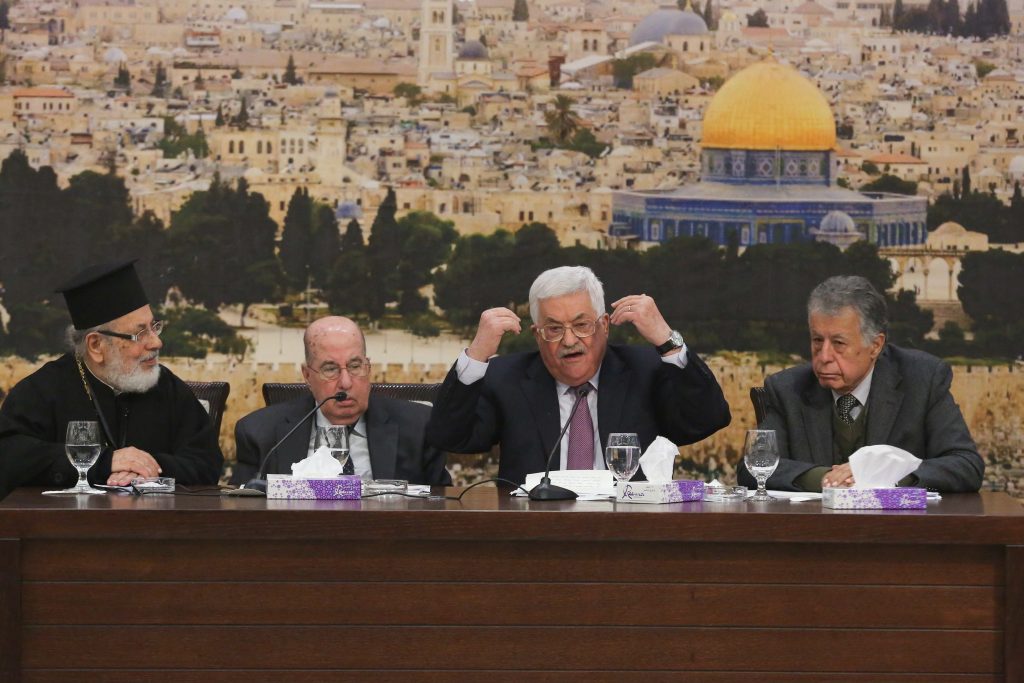 Palestinian Authority chief Mahmoud Abbas on Wednesday once again delivered a vociferous anti-American speech, saying that the announcement by President Donald Trump that the U.S. recognizes Yerushalayim as Israel’s capital was “a vicious lie. Trump’s decision was in opposition to all the decisions of previous American administrators on this matter. How can we possibly trust this government?”

It was the second time in a week that Abbas directly attacked Trump for the declaration. On Sunday, Abbas laid a traditional Arab curse on Trump, wishing that “his house and descendants be destroyed” for making that declaration. Footage of the event shows Abbas using the term, although the official transcript of the speech published by the PA eliminates that comment.

In the Sunday speech, Abbas lashed out at the Americans and Europeans “for bringing the Jews here from Europe in order to protect Europe’s interests in the region. They asked Holland, which had the biggest sailing fleet in the world, to bring the Jews here.” Regarding the Balfour Declaration, Abbas said that “Israel is a colonial project that has nothing to do with the Jews.”

Abbas on Wednesday restricted his remarks to Yerushalayim and Trump. “By doing this Trump has taken the United States out of contention as a broker between us and Israel. We will not accept the term ‘united Jerusalem is Israel’s capital,’ not from Trump nor from anyone else,” Abbas said. “The man who can surrender Yerushalayim has not been born yet. There are even respectable Jews who say that Yerushalayim is Muslim. We do not accept Trump’s decision, and I do not want to expand to more serious comments,” he added.

Commenting on the speech Wednesday, Public Security Minister Gilad Erdan said in a social media post that Abbas “is continuing his campaign of destruction, destroying the opportunities for a better life for people in Shechem and Ramallah. Western states must stop funding this campaign of hatred and incitement and send Abbas a clear message – accept compromise, or move aside.”