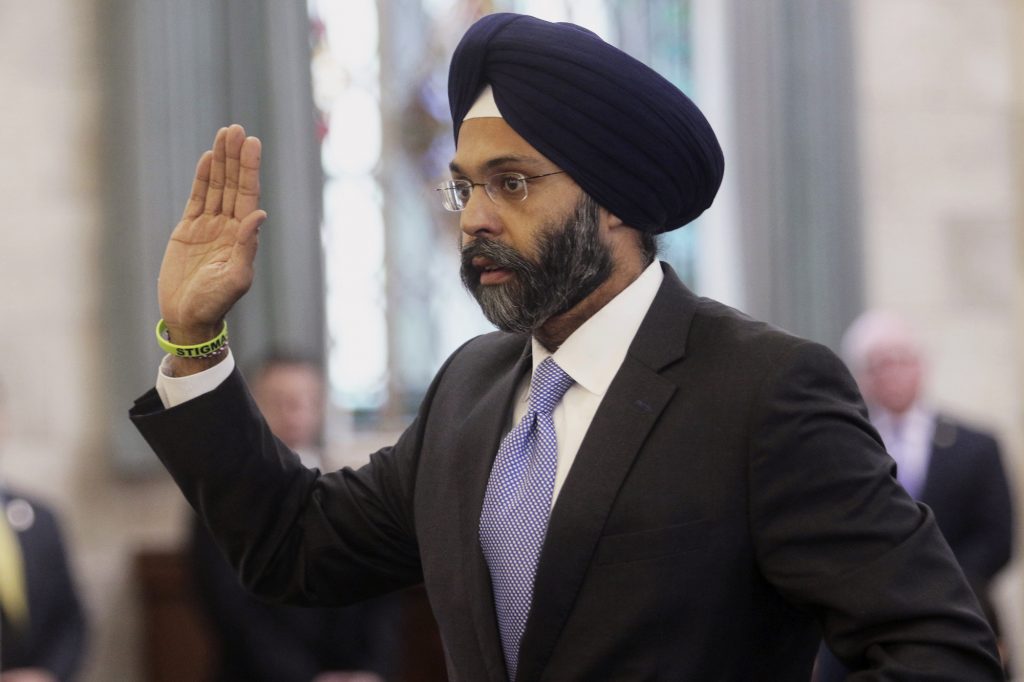 Democratic Gov. Phil Murphy says he believes Gurbir Grewal is the first Sikh to serve in such a position. He was first tapped by former Gov. Chris Christie in 2016 to be the prosecutor in Bergen, New Jersey’s most populous county.

Grewal, who wears a turban and full beard, has said he wants to show the country and his three daughters, who attended his confirmation, his commitment to working to end intolerance.