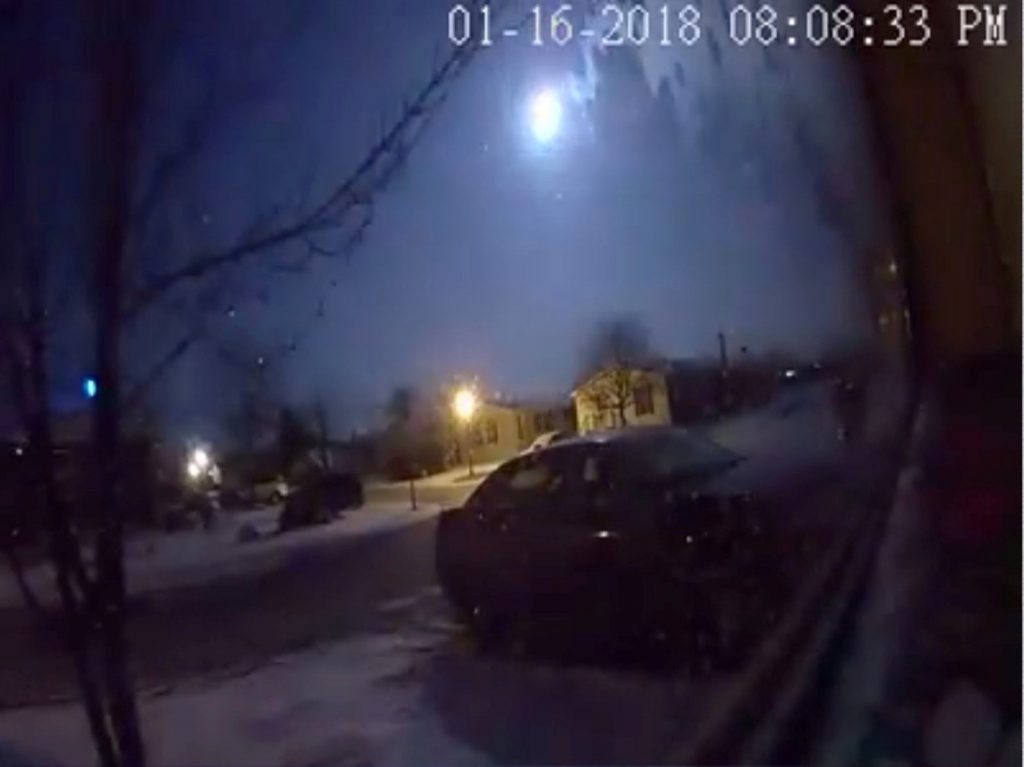 Experts say a bright light and what sounded like thunder in the sky above Michigan was a meteor.

The American Meteor Society says it received hundreds of reports of a fireball Tuesday night over the state, including many in the Detroit area. Reports also came in from several other states and Ontario, Canada.

The society says the reports suggest a space rock penetrated deep into the Earth’s atmosphere before it broke apart. The U.S. Geological Service says it registered as a 2.0 magnitude earthquake in Michigan.

Bill Cooke with NASA’s Meteoroid Environment Office told The Detroit News it was “definitely a meteoroid” and a rare sight for Michigan.