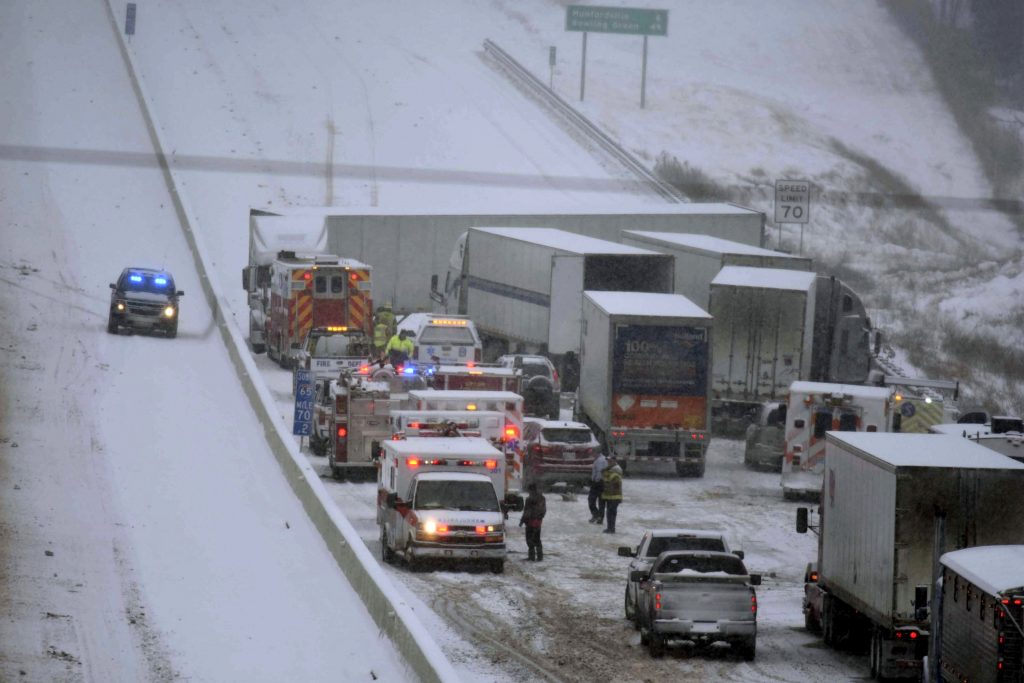 The South awoke on Wednesday to a two-part Arctic mess. First came a thin blanket of snow and ice, and then came the below-zero wind chills.

The snowfall sabotaged morning rush hour even before it began, sending cars crashing into each other on major thoroughfares throughout the region. Officials urged people to stay off the slick roads if possible, and to bundle up and wear layers of clothing if they ventured outside.

Ryan Willis, a meteorologist for the National Water Service based in Peachtree City, south of Atlanta, said the forecast called for 1 to 1.5 inches snow to fall in metropolitan Atlanta through Wednesday morning, with localized higher amounts.

Gov. Nathan Deal issued a state of emergency for 83 counties, spanning much of central and north Georgia. This line extends from Columbus to Macon to Augusta and northward. State government will be closed Wednesday in the impacted areas for non-essential personnel.

Many schools districts in Louisiana will remain closed for a second straight day Wednesday, as the precipitation gives way to single-digit wind chills that keep icy roads from thawing.

The Louisiana Department of Transportation and Development announced the closing of Interstate 10 in both directions between Baton Rouge and Lafayette. Steep on and off-ramps as well as elevated roadways are concerns to public safety in icy conditions, it said in a news release Wednesday night.

Alek Kroutmann, a National Weather Service meteorologist based in Slidell, Louisiana, said the Baton Rouge forecast calling for a low of 19 degrees Fahrenheit Wednesday would fall just shy of the record for that date in Louisiana’s capital city: 18 degrees Fahrenheit in January 1977.

In Alabama, Gov. Kay Ivey declared a state of emergency meaning schools won’t have to make up lost class days. Numerous businesses and government offices closed because of the threat.
Alabama officials were trying to avoid a repeat of four years ago, when a winter storm blanketed central Alabama and left motorists stranded on roads in metro Birmingham for hours. Teachers and students camped out in schools.

“It’s coming down as snow, but with these cars driving over it looks ice on the ground,” said Payne, who planned to walk home from her job at Friendly Shop if roads got too bad. “The driveways of businesses are white.”