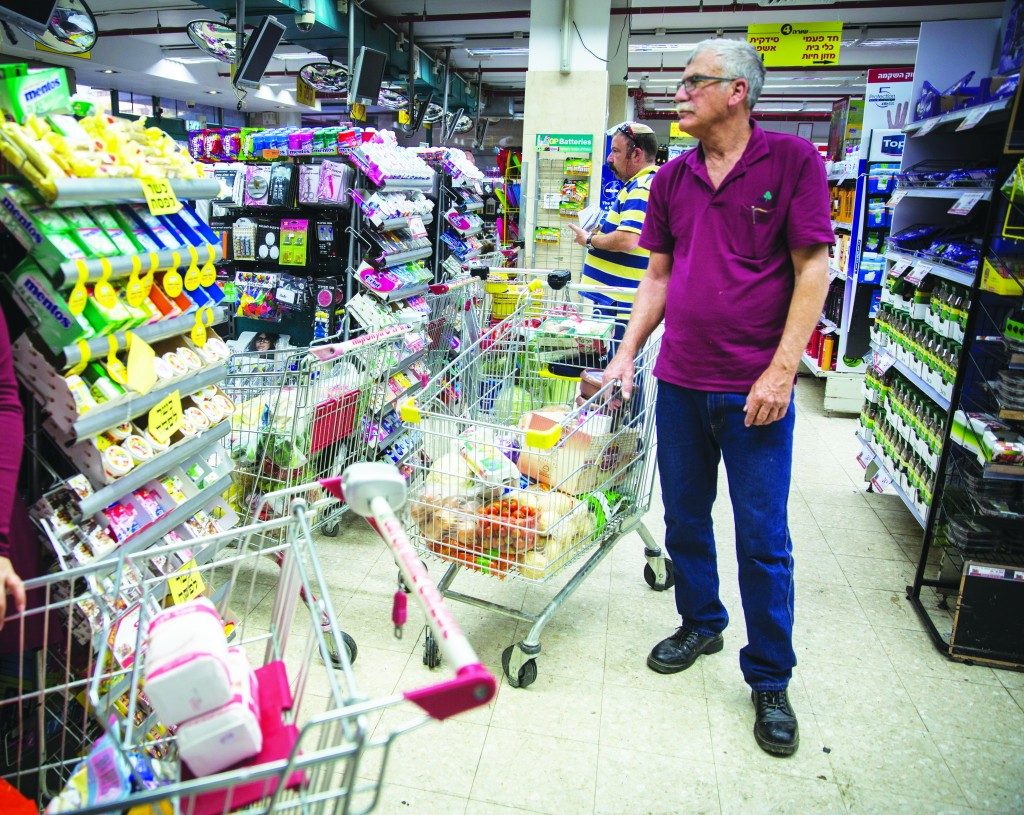 Kobi Bremer is the owner of a grocery store that has been operating on Sheinkin Street in Tel Aviv for nearly 50 years. For the past eight years, he’s been leading the struggle of small businesses in the city against the large supermarket chains that are open on Shabbos.

Mr. Bremer is not a religious fellow, but he respects the Shabbos and keeps his store closed. “I represent small businesses. People who shop on Shabbos won’t shop on Sunday,” he explains. “The law must offer me, the ‘little guy,’ equal protection. The robbery perpetrated by the large supermarket chains goes on even though the law states that they are forbidden to be open.”

In 2007, Morris Bremer, Kobi’s father, along with other grocery store owners in the area, filed a petition to the Administrative Affairs Court demanding that the Tel Aviv municipality enforce the law and require supermarkets to close their doors on Shabbos.

This petition has been moving between the courts and the government over the past few years, creating a “snowball” in which religion and state intermingle. Last week, the Supermarkets Law was passed by a one-vote majority. The law grants the interior minister the right to protect the sanctity of the public space. Surely, additional struggles to protect the holiness of Shabbos and its preservation lie ahead. But with Hashem’s help, the Knesset said “No” to chillul Shabbos.

It’s hard to even consider a different outcome. How could we have faced ourselves if the Jewish state had, chalilah, said “Yes” to chillul Shabbos? In what merit are we here in Eretz Yisrael if not for the ancient promise in the Torah that bequeaths the Land of our Forefathers to us? After all, that same Torah commands us to observe the holy Shabbos.

But the talk in Israel about the passage of the law is eating away at the satisfaction over the victory. The cries of “religious coercion” are patently false. It is those who force their freethinking lifestyle on the general population that are perpetrating secular coercion on Am Yisrael.

Based on in-depth polls, the majority of Israelis observe religion to some degree and adhere to tradition. Broad swathes of the population light Shabbos candles and recognize the Day of Rest as a gift from Hashem. But there are those who deny this and, even worse, force other Jews to work on Shabbos.

Shabbos is beautiful to those who merit observing it properly. But there are those who see only their momentary need. They need bread and milk — and they need it now! They need to see the public space breached. Shabbos interrupts their pursuit of emptiness and hedonism. One can only feel compassion for those who have never sampled Shabbos, never inhaled the fragrance of seudas Shabbos, never experienced me’ein Olam Haba.

“He who toils on Erev Shabbos will eat on Shabbos.” He who does not — even a supermarket under his house won’t provide him with what he is lacking. Those who seek to ignore Hashem’s Torah and do away with the status quo accepted in the State of Israel for 70 years — which recognizes a Day of Rest as a supreme value, as a holy day for children of a living G-d — will not succeed. The eternal covenant between Bnei Yisrael and their Father in Heaven cannot be exchanged for the self-serving interests of supermarket owners or shoppers.

This week, speaking from behind the counter, near the bread and milk, Mr. Bremer sounded mollified. “They wanted to uproot Judaism at my expense and I fought them. I’m not religious, but the character of Shabbos observance in public areas is important to me. I’m glad I had the zechut,” he said, a wayward tear trickling down his cheek.

His feet stood at Sinai, and when he heard the cry of Shabbos, he remained loyal to it despite those who rose against him.

Not far from Mr. Bremer’s grocery, on Rechov Achad Ha’am, stands an old building that has been serving as a place of Torah and tefillah for more than 70 years: the Belzer beis medrash. The local Jews gather there every Friday night and sing sweetly, “Likras Shabbos lechu v’nelcha, ki hi mekor habrachah.”