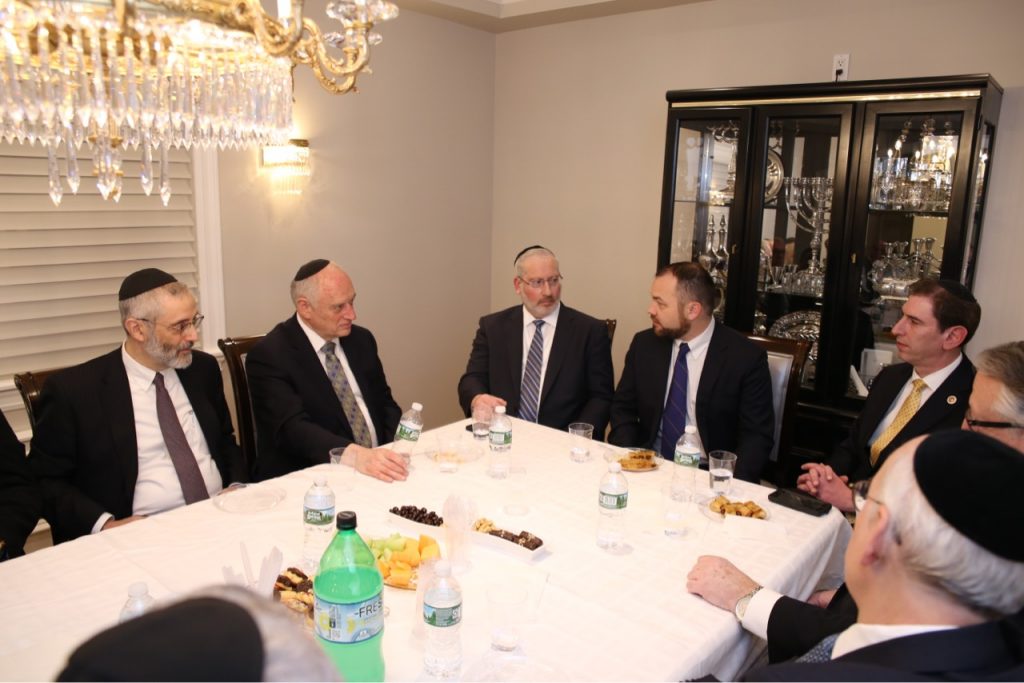 Jewish community leaders welcomed the new City Council speaker, Corey Johnson, to Flatbush in his first visit to a Jewish group since becoming the body’s leader two weeks ago. The meeting was hosted by Councilman Chaim Deutsch and too place at the home of Josh Mehlman, chairman of the Flatbush Jewish Community Coalition.

Deutsch spoke about the longstanding friendship he has shared with Johnson. He emphasized that during his first term, Johnson served as chairman of the Health committee, a role that aided him in assisting private summer camps, food establishments, and other institutions in the Jewish community.

“I’ve been proud to call Speaker Corey Johnson a friend since our first day together in the City Council,” Deutsch said. “He has always demonstrated a deep respect for the Jewish community. I’m excited to continue to work closely with Speaker Johnson on behalf of the entire Jewish population of New York City.”

Johnson spoke about his commitment to keep the lines of communication open with the community. He emphasized his support for Israel, where he has visited three times, including once before he was an elected official.

“The fact that he made it a priority to visit Orthodox Jewish leaders so early in his speakership,” Mehlman said, “speaks volumes about his relationship with our community. Everyone in attendance was greatly impressed with his vast understanding of the issues and respect for our traditions.”