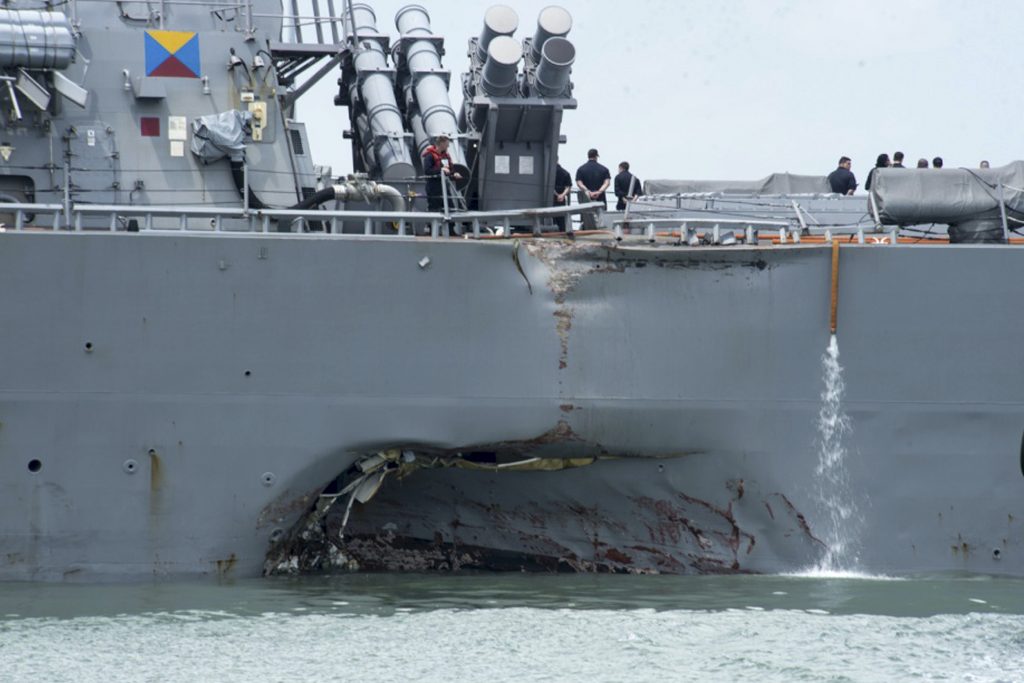 The Navy says it is filing negligent homicide charges against the commanders of two ships involved in fatal collisions last year.

The charges are to be presented at what the military calls an Article 32 hearing, which will determine whether the accused are court-martialed.

The actions, including charges against several lower-ranking officers, were announced Tuesday by the Navy’s chief spokesman, Capt. Greg Hicks.

Hicks says the decision to file charges was made by Adm. Frank Caldwell, head of the Navy’s nuclear reactors program, who reviewed evidence of what caused the collisions. The USS Fitzgerald collided with a commercial ship in waters off Japan in June, killing seven sailors. Ten sailors were killed when the USS John S. McCain collided with an oil tanker in Southeast Asia in August.