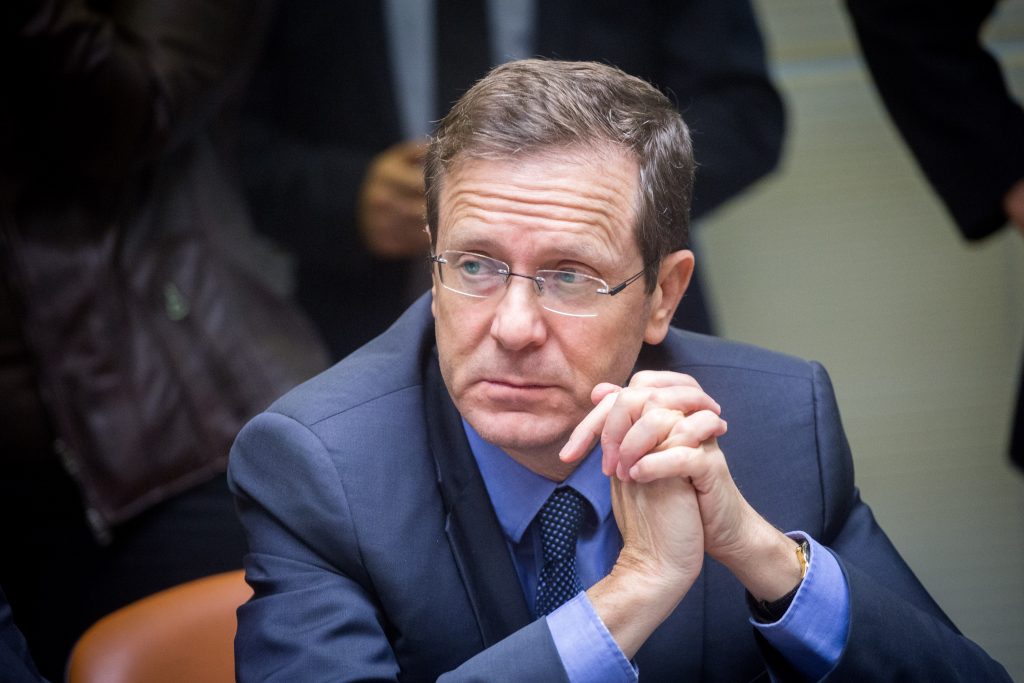 Responding to an appeal for representation of the Israeli left at the beis avel of the family of Rabbi Raziel Shevach, Hy”d, opposition leader Yitzchak Herzog (Zionist Camp) arrived for a visit on Tuesday in Havat Gilad, according to The Times of Israel.

Yael Shevach, tbl”c, had expressed her disappointment that a broader spectrum of Israeli leaders had not been there to share in the mourning over her husband, who was killed in a drive-by shooting on January 9.

“This is not a political murder,” she told President Reuven Rivlin during his visit there on Sunday. The unauthorized outpost community has become a rallying symbol for the right wing in Yehudah and Shomron, and most of the visitors have been from that sector of the population.

Afterward, Rivlin reportedly called Herzog to ask him to go to the Shevach home.

“At this moment, we are all united behind the family and community and comfort them,” said Herzog at Havat Gilad on Tuesday.

Actually, he was not the first opposition MK to go there. Zionist Union MK Eitan Cabel paid a call on Monday evening. But Cabel, though a senior party member, does not have the public visibility of Herzog.

Meanwhile, a court issued a gag order on Tuesday to prevent media coverage of new developments in the investigation of the terror attack last week that claimed the life of Raziel Shevach, Hy”d.

The gag order said that no details could be revealed about the investigation or about suspects identified by police.