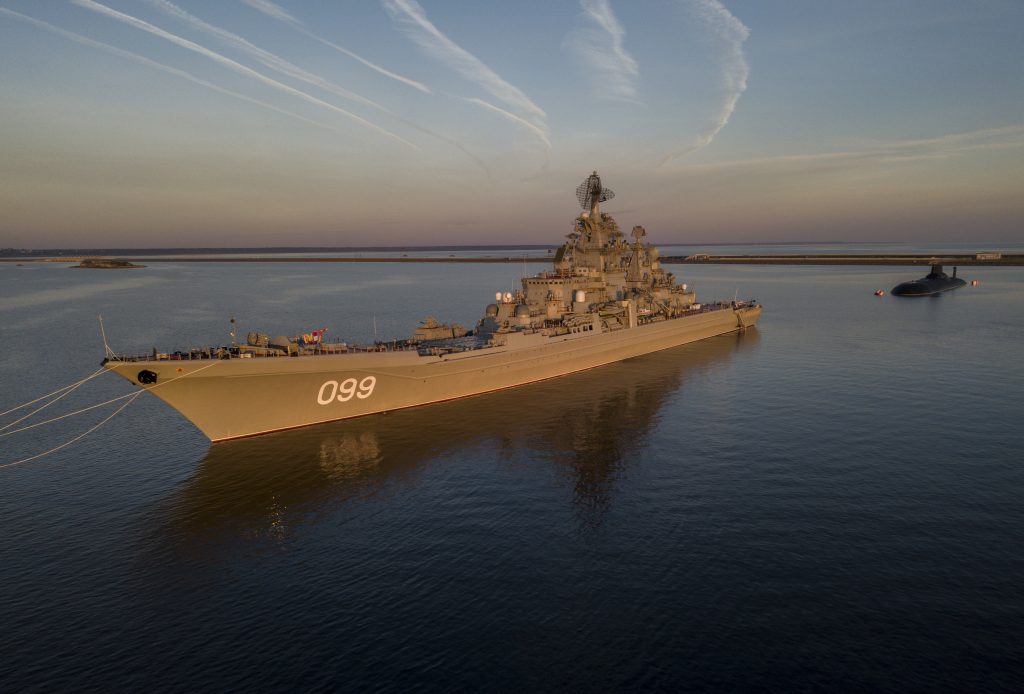 Russia has an underwater nuclear drone capable of bearing a 100-megaton nuclear warhead, the recently leaked draft of the Pentagon’s Nuclear Posture Review confirmed in a report published by the Huffington Post.

The weapon is listed in a chart detailing Russia’s multiple nuclear delivery vehicles.

Pentagon officials warn in the posture review that Russia has actively diversified its nuclear capabilities, a strategic advantage it has over the United States:

The Pentagon did not deny the authenticity of the draft.

As outlined by Valerie Insinna of Defense News, the Russian undersea drone, officially known as Ocean Multipurpose System Status-6 and nicknamed “Kanyon” by the Pentagon, was reportedly tested in November 2016. The Pentagon had not publicly confirmed the existence of Status-6 prior to Huffington Post’s report.

According to Russian media outlets cited by the Washington Bureau, Status-6 has a range of 6,200 miles, a top speed in excess of 56 knots and can descend to depths of 3,280 feet below sea level. It was built by Rubin Design Bureau, the largest submarine manufacturer in Russia. It was designed to be launched from at least two different classes of nuclear submarines, including the Oscar-class, which can carry four Status-6 drones at a time.

The nuclear posture review reaffirms the need for a range of air, sea, and ground-based nuclear missiles. But, as noted by Defense News, the review offers “no sign that the Pentagon is interested in developing unmanned undersea vehicles capable of delivering a nuclear weapon.”

The leaked posture review draft made headlines for confirming what many in the nuclear industry suspected for months: The Trump administration is vying to substantially increase the U.S.’s nuclear stockpile. The review also illustrates how the Pentagon plans to match some of Russia’s new nuclear capabilities.

Fears of nuclear war have risen to historic levels, in large part due to the verbal back-and-forth between Trump and Kim Jong-Un of North Korea. Those fears percolated on Saturday after an emergency alert was mistakenly sent in Hawaii, warning residents to “seek immediate shelter” from a ballistic missile threat.