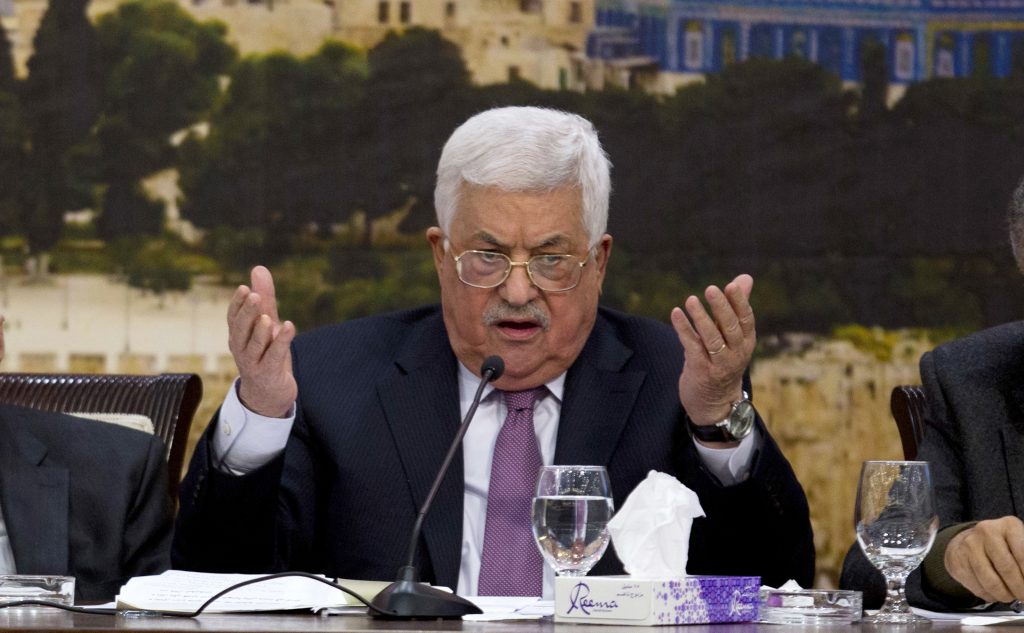 The Palestine Liberation Organization voted on Monday night to call upon the Palestinian Authority to suspend its recognition of Israel in response to U.S. President Donald Trump’s declaration of Yerushalayim as Israel’s capital, according to an AFP report.

The PLO decided to suspend its recognition of Israel until it “recognizes the state of Palestine,” cancels its annexation of east Yerushalayim and stops housing construction in Yehudah and Shomron, a statement said.

The vote was 74 in favor, 2 against, with 12 abstentions. But it was not clear if the decision taken by the PLO’s Palestinian Central Council was binding. A previous vote by the council in 2015 to suspend security coordination with Israel was never implemented.

The Central Council convened in PA headquarters in Ramallah for two days starting on Sunday night.

The move followed an inflammatory speech given by Mahmoud Abbas in which he called Pres. Trump’s developing peace plan the “slap of the century,” and denounced the state of Israel as a project of European colonization in the Middle East.