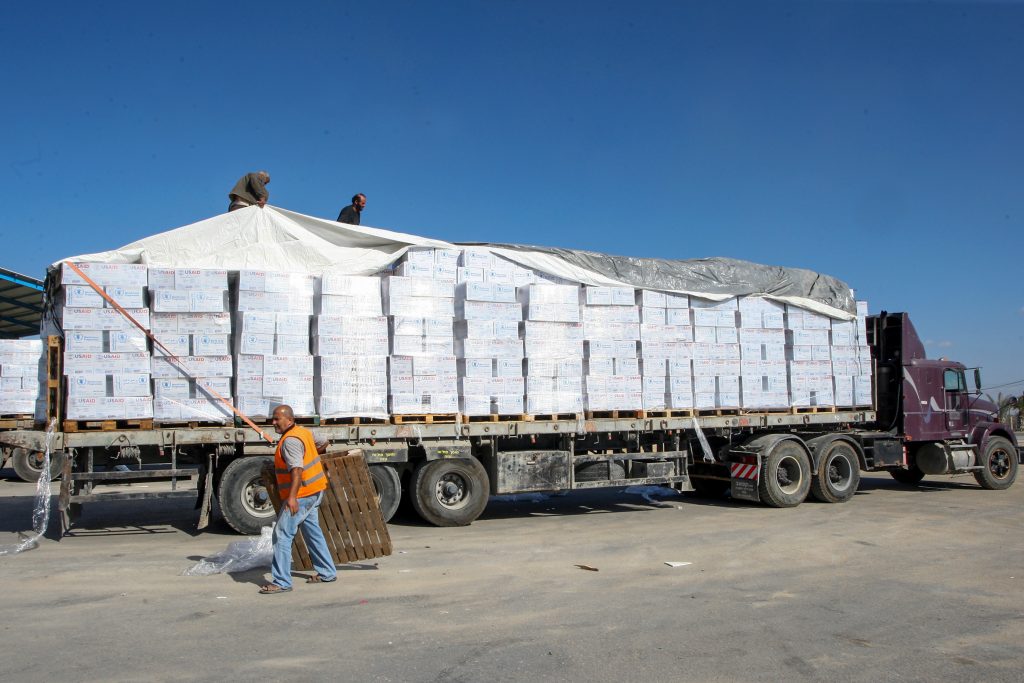 Traffic is set to return to normal at the Kerem Shalom Crossing into the Gaza Strip on Tuesday, just days after the IDF destroyed an attack tunnel with an exit adjacent to the crossing, The Times of Israel reported on Monday.

“The [IDF’s] Southern Command completed the neutralization of the terror tunnel dug under the crossing and thwarted the threat it posed,” the army said in a statement on Monday evening.

“With the completion of the process and following an assessment of the situation, it was decided the crossing will reopen,” the military said.

The crossing is the main route through which humanitarian aid and commercial goods enter Gaza, via hundreds of tractor-trailers each day.

On Motzoei Shabbos, Israeli jets and ground forces obliterated the Hamas-dug tunnel, which the IDF said was to be used for a terrorist attack on the Kerem Shalom Crossing, an IDF installation, and gas and diesel pipelines.

Meanwhile, more details about the tunnel emerged on Monday night.

The IDF said it was built on a bigger scale than tunnels previously uncovered, measuring several dozen meters deep (3 feet to a meter), and with a height and width sufficient to let through a force of several dozen terrorists with armaments.