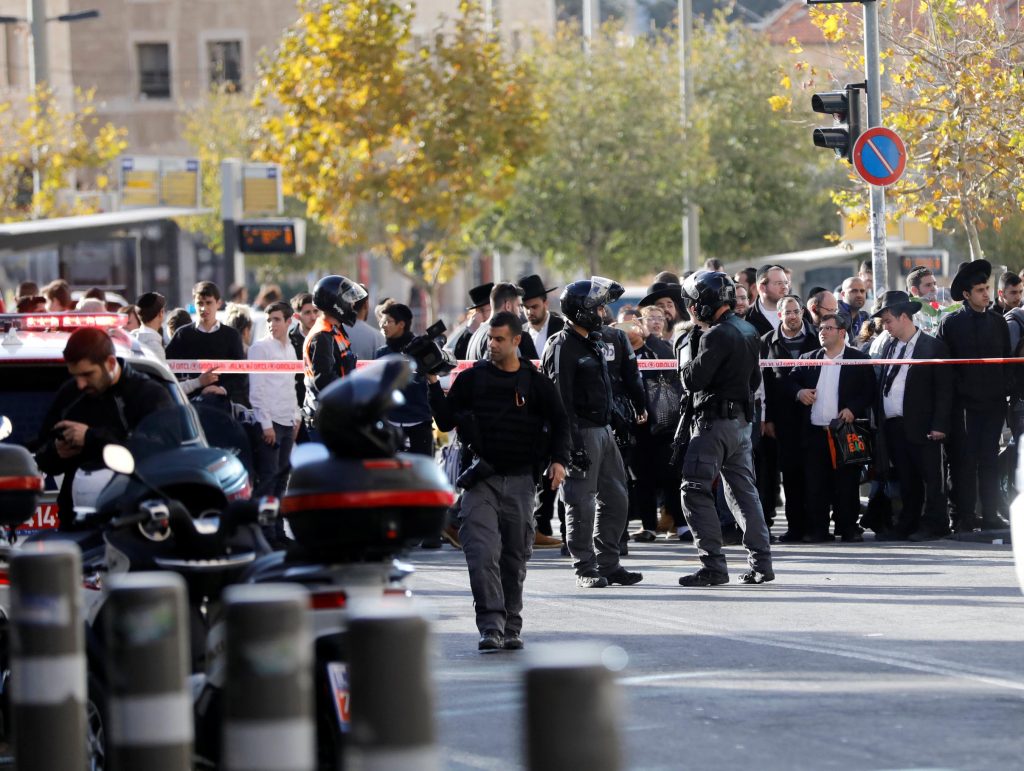 Asher Elmaliach, the security guard who was injured in a stabbing attack outside Yerushalayim’s central bus station last month, was released from the hospital Sunday. In a statement, Shaare Zedek Hospital said that his condition was “very good,” and that he could undergo physical therapy at home.

Elmaliach was injured when a terrorist in mid-December pulled out a knife and stabbed him outside the Yerushalayim central bus station. The terrorist was identified as Yasin Abu Alkara, who had a record of engaging in terror attacks against Israelis. Elmaliach was badly injured when Alkara stabbed him in the chest, and was in critical condition for several days before his condition stabilized.

According to the indictment against Alkara, the terrorist was motivated to carry out the attack after the announcement by President Donald Trump that the U.S. recognized Yerushalayim as Israel’s capital. Security forces said that the night before the attack, Alkara posted on social media that he wanted to “return our religion to its glory and raise the flag, to return Al Aqsa to its greatness. Let our blood be spilled. Our blood is cheap for the liberation of Al Aqsa.”

After Alkara stabbed Elmaliach, he ran away and was pursued by a security guard – who eventually tackled him with the help of taxi driver Yosef Ben-Amo, who was cited for his heroic efforts by police. Speaking in an interview on Hadashot News, Ben-Amo said that he saw the security guard grab the terrorist, and at first he thought there was a fight – which he said he tried to break up.

At that point the security guard told him that the person he was wrestling to the ground was a terrorist – and Ben-Amo joined in and helped subdue Alkara. “I gave him a punch that neutralized him,” the taxi driver said. “I didn’t have a weapon but I do have experience with Krav Maga fighting techniques. I did whatever I could, as I am sure any citizen would do. I don’t consider myself a hero.”