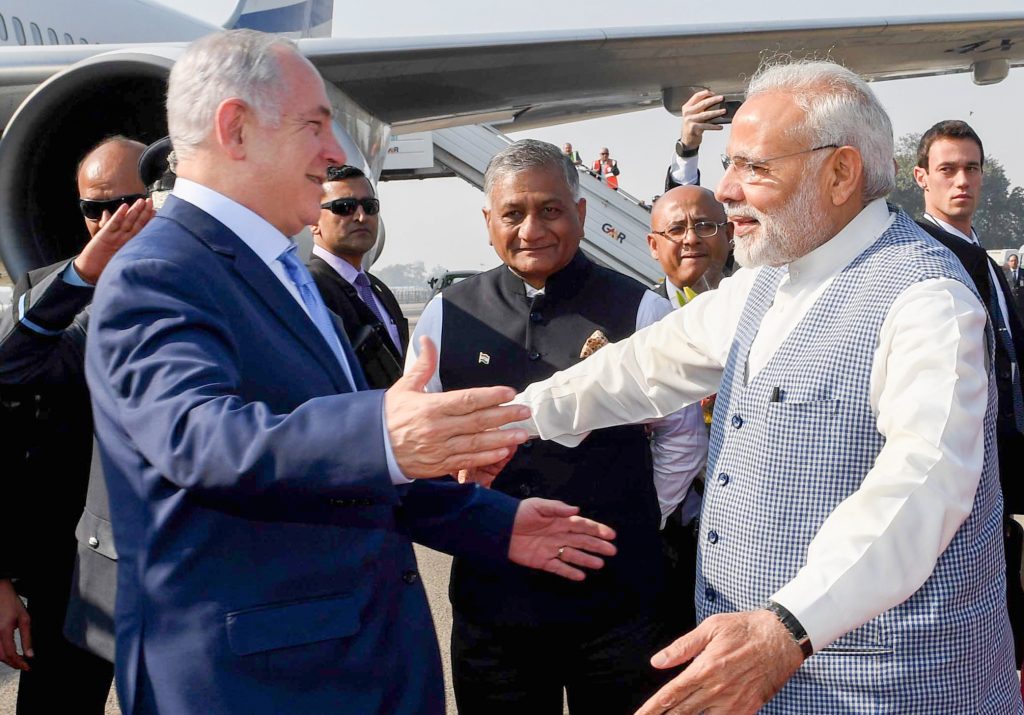 Prime Minister Binyamin Netanyahu touched down in India Sunday morning, opening a five-day visit to that country. He was received at the airport in New Delhi by Prime Minister Narendra Modi, who greeted the Israeli leader with hugs. Modi broadcast the arrival, and Netanyahu thanked him for the “unique gesture.”

This is the first visit by an Israeli prime minister to India in 15 years. The visit by Netanyahu comes after Modi visited Israel six months ago. Before leaving Motzoei Shabbos, Netanyahu said that he expected to sign a great number of agreements in a variety of areas – business, education and scientific – during the visit. “We will strengthen the connection between Israel and this important world power. This relationship is good for both sides, and will help us with security, economy, business, tourism and many other areas. This is an important step for Israel.”

This year marks the 25th anniversary of Israel-India diplomatic relations, and Modi is planning a number of special events to commemorate the occasion. Indian news sources were quoted by Hadashot News as saying that Modi would himself attend many of the agreement-signing ceremonies as a mark of his recognition of the importance of India’s relationship with Israel.

Among the deals Netanyahu will be discussing is the sale of SPIKE anti-tank missiles. Reports in November said that India was canceling that deal in order to provide more contracts for local industry, but reports in the Indian media last week said that the deal was still on. Netanyahu hopes to get to the bottom of the matter and get the deal signed, sources in his office were quoted as saying.