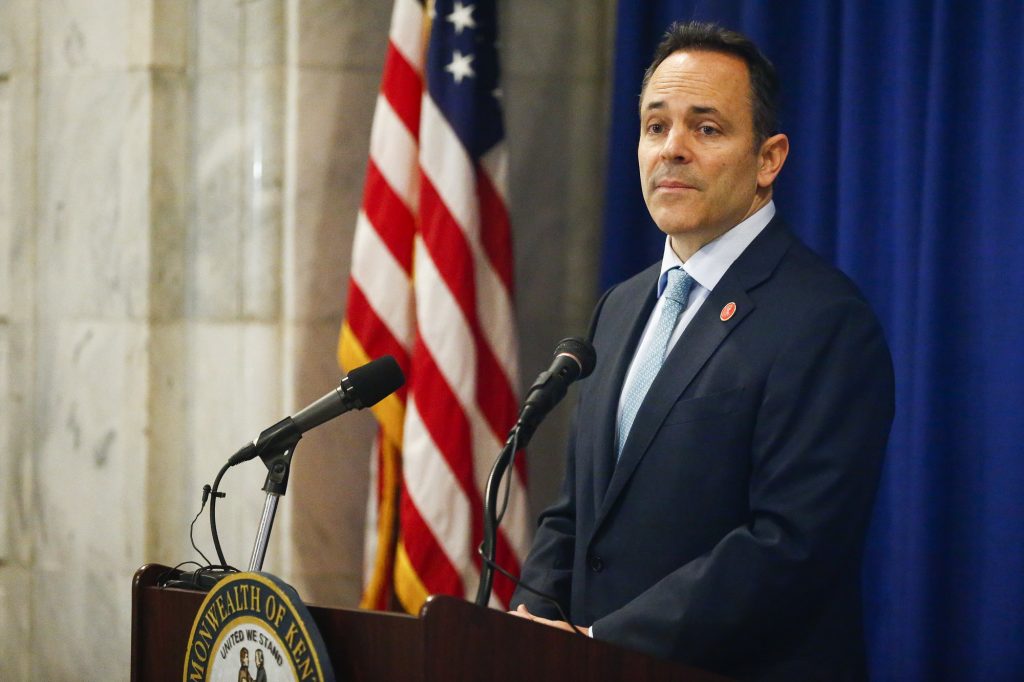 Republicans this past week began to realize their long-held goal of requiring certain adults to work, get job training or perform community service in exchange for getting health coverage through Medicaid.

Whether that’s a common-sense approach or an added burden that will end up costing many Americans their health insurance will now be debated in states across the country considering the landmark change to the nation’s largest health insurance program.

To Medicaid recipients such as Thomas J. Penister of Milwaukee, it’s created uncertainty about their ability to have health coverage. He’s been unemployed for the last four or five years and has received Medicaid for the past two. He sees a behavioral health specialist to deal with anxiety and said Medicaid has made a big difference in his life.

Penister, 36, said he is not yet ready to rejoin the workforce and is unnerved by the prospect of potentially losing Medicaid. His state, Wisconsin, is one of 10 that applied to the federal government for a waiver seeking to implement work and other requirements for single adults.

“Would it be advantageous for me even to go into the workforce instead of me therapeutically transitioning to a state where I’m actually ready to perform in the workforce?” he said. He compared it to someone recovering from a car accident and saying that “in order for me to give you this medication, you got to go to work. Well, I can’t.”

Yet his story also helps make the case for those who favor some type of commitment from working-age adults who benefit from Medicaid, the state-federal health care program for poor and lower-income Americans. Wisconsin Gov. Scott Walker, a Republican, sought federal approval for a work requirement last year and said it helps prepare recipients to leave public assistance.

Penister’s status is unclear, because Wisconsin’s proposed changes would exempt anyone diagnosed with a mental illness or who is mentally unable to work.

Republicans say work and other requirements will return Medicaid to its original intent — to act as a stopgap until people can find work. They say it has expanded far beyond its basic mission.

President Donald Trump’s administration announced that it will allow states to implement certain requirements as a condition of receiving Medicaid benefits. Generally, it will mean that states can require many adults on Medicaid to get a job, go to school, take a job-training course or perform community service to continue their eligibility.

Ten states had previously asked the federal government for the requirement waiver, and others are sure to follow. On Friday, Kentucky became the first state to have it approved. Gov. Matt Bevin, a Republican, called the new requirement “transformational.”

Bevin has said he expects the move to save the state more than $300 million over the next five years in Medicaid costs. But he also estimated that as many as 95,000 Kentucky residents could lose their Medicaid benefits, either because they will not comply with the new rules or will make too much money once they begin working.

Critics of the policy shift point to the number of people who could lose coverage, even if they meet the new requirements.

“We just have concerns that a lot of people who still are legitimately eligible, who do meet the work requirement, will end up falling off the rolls because they don’t know how to verify or there’s a technology glitch,” said Marquita Little, health policy director for Arkansas Advocates for Children and Families.

Supporters of the work requirement cast it as a way to move more people into the workforce and eventually off the program.

“These are people that are either underemployed or do not have sufficient training, and this is a mechanism to put into place to make sure that the health care coverage is really a bridge to training and better employment,” Arkansas Gov. Asa Hutchinson, a Republican, told The Associated Press. “I think it really fits in with the goals of our state in increasing our workforce and training our workforce.”

States face limits on how far they can go. The administration has said states should exempt expectant women, the disabled and the elderly, and that they should take into account hardships for people in areas with high unemployment or for people caring for children or elderly relatives. States also have to make accommodations for people in treatment for various problems.

Arkansas’s waiver request to the federal government says it would require childless, able-bodied adults on expanded Medicaid between the ages of 19 and 49 to work 20 hours a week or participate in other activities such as job training or volunteering.

In Maine, where Republican Gov. Paul LePage is pushing for a work requirement, Democrats are deriding the idea as essentially a political stunt to punish the poor.

“They aren’t about getting people back to work. Instead, it’s a political move to take healthcare away from people who have already fallen on hard times,” Democratic House Speaker Sara Gideon said. “The reality is that Medicaid supports work, and the sooner Governor LePage and the Trump administration realize this, the better.”