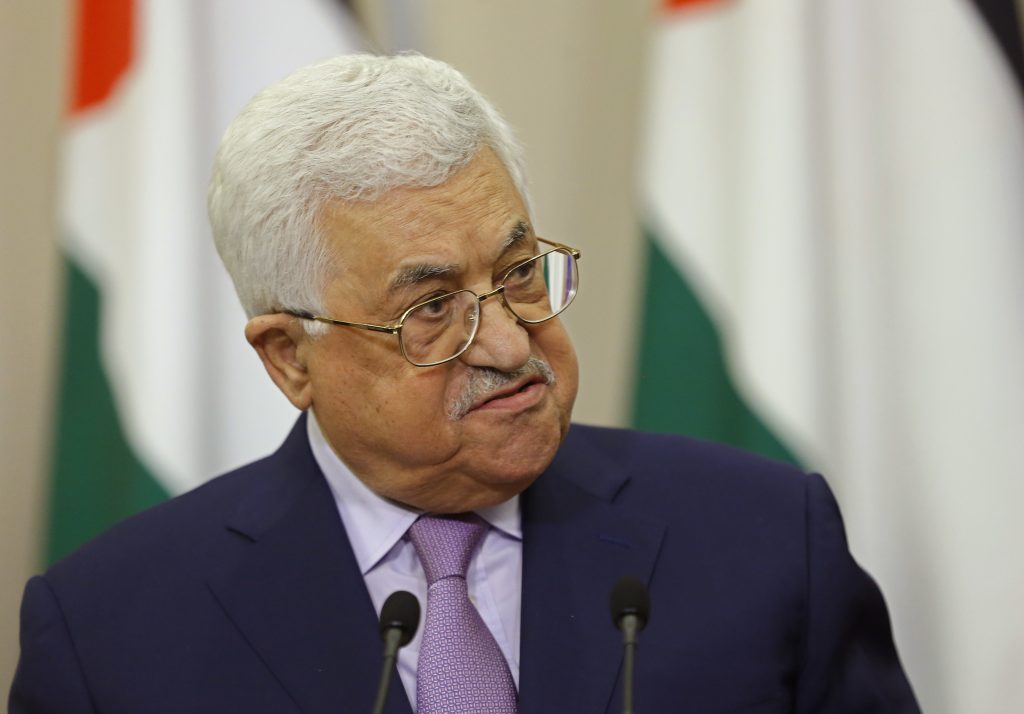 The Palestinian Central Committee, one of the Palestinian Authority’s main governing bodies, is set to meet Sunday night for what PA officials told Ha’aretz was a “dramatic and important” meeting. The meeting will set the course for how the PA will respond to recent diplomatic events, chief among them the decision by President Donald Trump that the U.S. recognizes Yerushalayim as Israel’s capital. Decisions made at the Committee meeting are transferred to the Fatah council, and are carried out by the PA as policy.

PA chief Mahmoud Abbas will speak at the event, and is expected to lay out the outlines of the PA’s response. Top Fatah officials said that Abbas was likely to demand that the United Nations take control of the negotiations between Israel and the PA. The U.N. would set up an international committee that would help draft an agreement. The U.S. would be a member of the committee, but would have an equal vote with other participants, including Russia, China and European countries.

Most of the Palestinian terror groups will be participating in the event, with the notable exception of Islamic Jihad and Hamas. A spokesperson for the latter said that the best thing Abbas could do for the Palestinians is to rip up the Oslo Accords and end security cooperation with Israel, while an Islamic Jihad spokesperson said that there was no reason to participate in the event, “as its results are known in advance.”

PA officials have reacted angrily to the U.S. declaration, and have considered various responses – among them, indeed, declaring the Oslo Accords null and void. However, the Fatah sources told Ha’aretz, Abbas has been under a great deal of pressure by European countries and by Saudi Arabia not to do that, nor to take other steps that would radically change the current situation in the region.