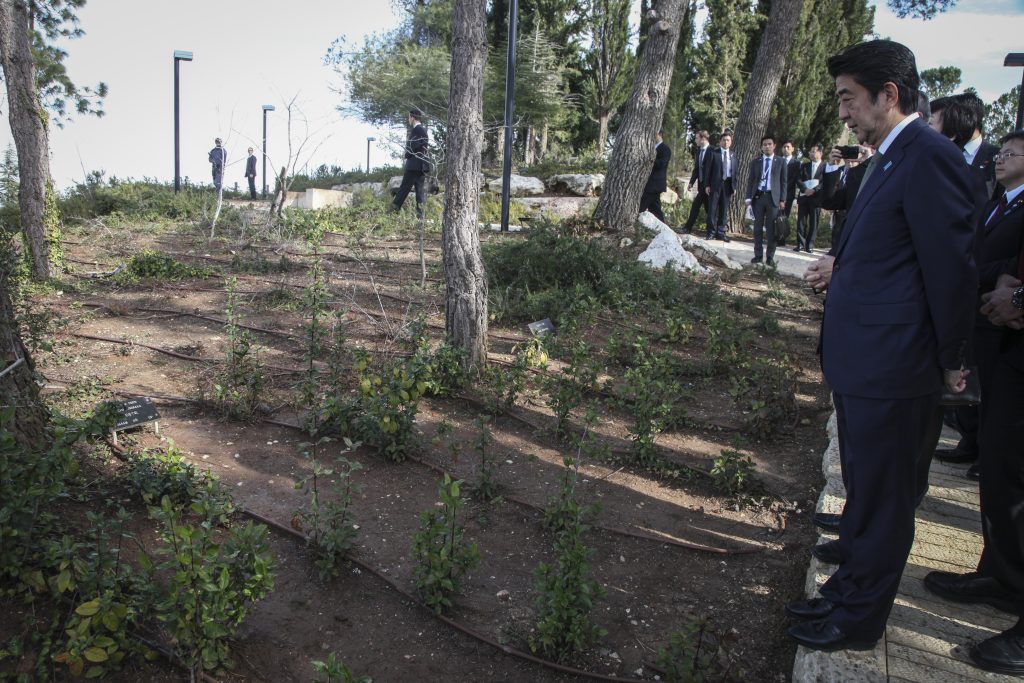 Japan’s Prime Minister Shinzo Abe visited the former Japanese consulate in Lithuania on Sunday to commemorate a Japanese diplomat credited with saving an estimated 6,000 Jews from almost certain death in 1940.

Chiune Suhigara was serving as Japanese consul in Kaunas, then capital of Lithuania, when he disobeyed his superiors and issued Japanese visas to Jews fleeing Nazi-occupied Poland despite his country being a close ally of Nazi Germany.

Abe’s visit to Lithuania, the first by a Japanese prime minister, comes as Japan seeks greater cooperation with countries such as China, a former adversary in World War II, in the face of rising tensions over North Korea’s nuclear and missile programs.

“The courageous and humanitarian action of Mr. Sugihara provides us with guidance as to how we should survive in this world, where rule-of-law-based international order is being challenged in various forms,” Abe told reporters on Saturday.

Japan had several of its former leaders convicted and executed by an Allied tribunal as war criminals after World War II.

Sugihara was named as “Righteous Among the Nations” by Israel’s Yad Vashem Museum, along with some 22,000 people honored for helping Jews avoid death in the Nazi Holocaust.

He issued thousands of Japanese transit visas to Jewish refugees in July and August 1940, opening a route for them to escape through Russia to Japan. His diplomatic career was cut short after the war and his actions remained largely unknown in Japan for decades after the conflict ended.