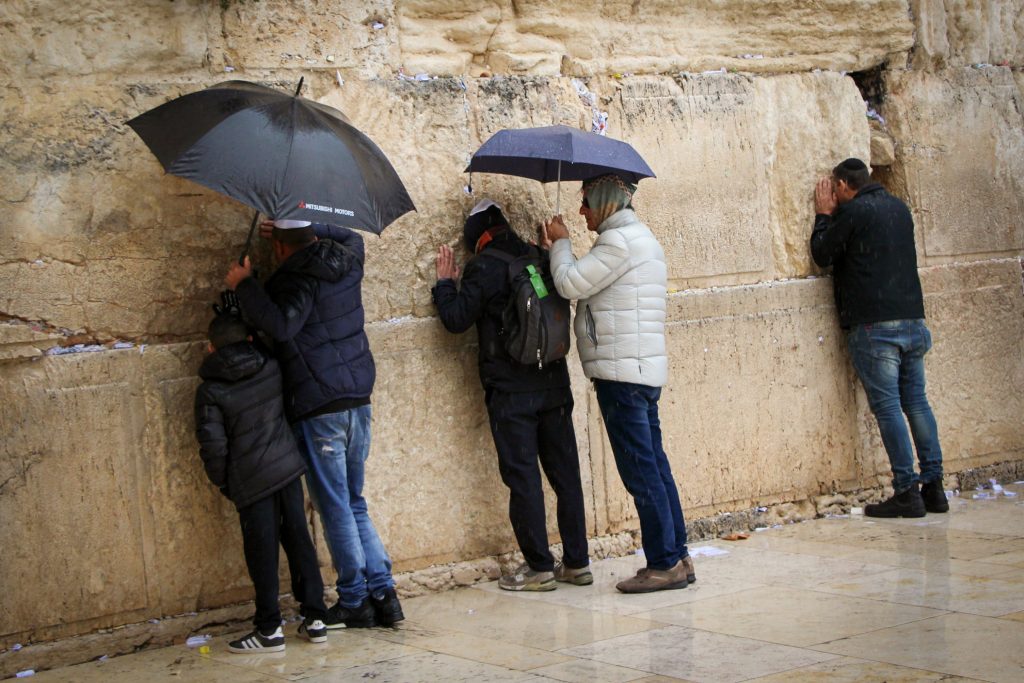 The Israeli High Court heard a petition on Sunday for an egalitarian prayer section at the Kosel, during which the judges subjected both state attorneys and the petitioners, from the Reform movement and Women of the Wall, to tough questioning.

As expected, the expanded, seven-judge panel wanted to know if the government has made any progress toward keeping its promise to upgrade the special prayer site. They wanted to know, specifically, when the allocated 19 million shekels for upgrades will be implemented. No date for construction has been set.

However, at the start of the hearing, Attorney Dr. Yuval Roitman representing the state, made clear that the proposals for giving the petitioners control over the site, separate funding and equal use of the main entrance, were no longer operative.

“The State’s approach is that although the outline constitutes a worthy attempt, which the Attorney General believed would constitute a valid solution for all parties to put an end to this matter, we are not yet there. Therefore, the State considers the outline to be null and void.”

Roitman added: “Even though there are petitions in the court, and although their request for an interim injunction was rejected, the Women of the Wall and the like are working with physical force all the time to bring Torah scrolls into the upper square, and this creates irregularities and problems.

The justices did not spare the Reform petitioners, however. Focusing on their resolution that the upgraded egalitarian site at the southern end of the Kosel share a joint entrance with the main plaza, Court President Esther Hayut asked if it was really necessary:

“Does the lack of a joint entrance change your rights?” she asked.

Justice Yitzhak Amit also questioned whether or not the formal designation of the current egalitarian site as a state-recognized holy place was a critical component of the equal access and freedom of worship demanded by the Reform groups and Women of the Wall.

Rabbi Pesach Lerner, President of the Coalition for Jewish Values and Executive Vice-President Emeritus of the National Council of Young Israel, expressed satisfaction at the way the hearing was conducted.

“We are glad the court asked real questions, that the government realized the agreement was not a good one and that tradition at the Kotel will hopefully be maintained,” he said.

At the same hearing, the Orthodox group, Women For the Wall, presented a brief arguing that the court lacks jurisdiction, and should not issue a ruling in the case.

“Tradition is the most basic element of any religion. Every religious site in the world has its tradition. Somehow this is patently clear when it comes to other religions. Nobody in their right mind would think it acceptable for a small group of worshipers to demand the right to pray as they wish in the Vatican, Mecca, or Westminster Abbey. No court would dare meddle in how these religious sites are run. Yet, lehavdil, when it comes to the Kotel, Women of the Wall with their 50 or so members think they can disturb the mitpalelim, who pray in accordance with the established tradition and the courts are asked to uphold their right against the mesorah of thousands of years.”

The petitioners cited the 1922 King’s Order in Council, a British Mandatory law, which prevents civil courts from exercising jurisdiction over religious sites.

The justices expressed concern over the numerous disturbances that have occurred at the Kosel in recent months in connection with Women of the Wall and their various attempts to introduce heterodox practices at the holy site.

Hayut described the situation as “painful and saddening.”