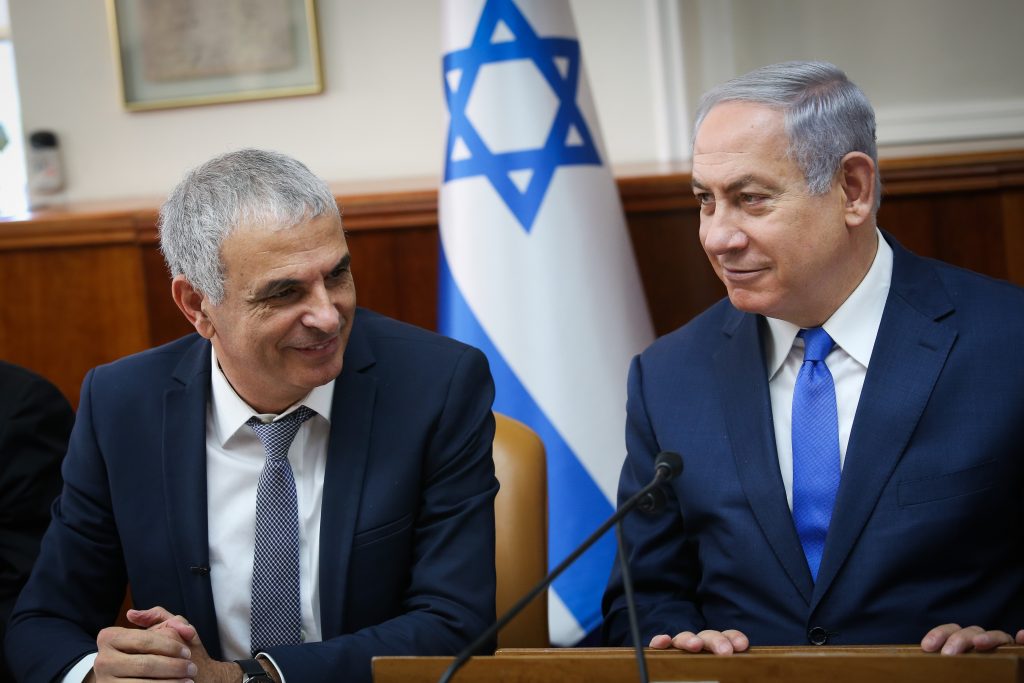 Public pressure on Israeli Prime Minister Binyamin Netanyahu to resign continued with an anti-corruption demonstration on Motzei Shabbos in Tel Aviv, for the seventh consecutive week.

Thousands of protesters gathered in Tel Aviv, while smaller turnouts were seen in Yerushalayim, Haifa, and Afula, according to Haaretz.

Netanyahu has been the target of multiple investigations over the past several months, though police said last week that they are nearing the end and should be submitting evidentiary findings to state prosecutors by Pesach. Netanyahu has repeatedly claimed his innocence of any wrongdoing, and is not expected to resign even if an indictment is filed.

Minor altercations were reported between the left-wing demonstrators and dozens of right-wing counter-demonstrators, according to media reports.

Meanwhile, Finance Minister Moshe Kahlon said that he will not pull his Kulanu party out of the coalition, whether or no police recommend an indictment.

Kahlon told Channel 13 that “the presumption of innocence applies to everyone,” including Netanyahu and called for the media lynch of the prime minister to cease.

“Allow the recommendations to be made. We won’t avoid a decision, but I am saying to you that at the moment, the law states that until the Attorney General makes a decision, there is no reason to deal with it at all. When the AG declares there is an indictment, I have no doubt that Netanyahu will have to go. Until then, everything is speculation. Let’s see what happens.”

Kahlon subsequently clarified that he only meant Netanyahu would have to leave office after a hearing, not after the filing of an indictment.

“I didn’t pass a budget just to go and dismantle the government in one month,” Kahlon said. “Anyone who thinks I am a demolition contractor I think is deluding himself.”