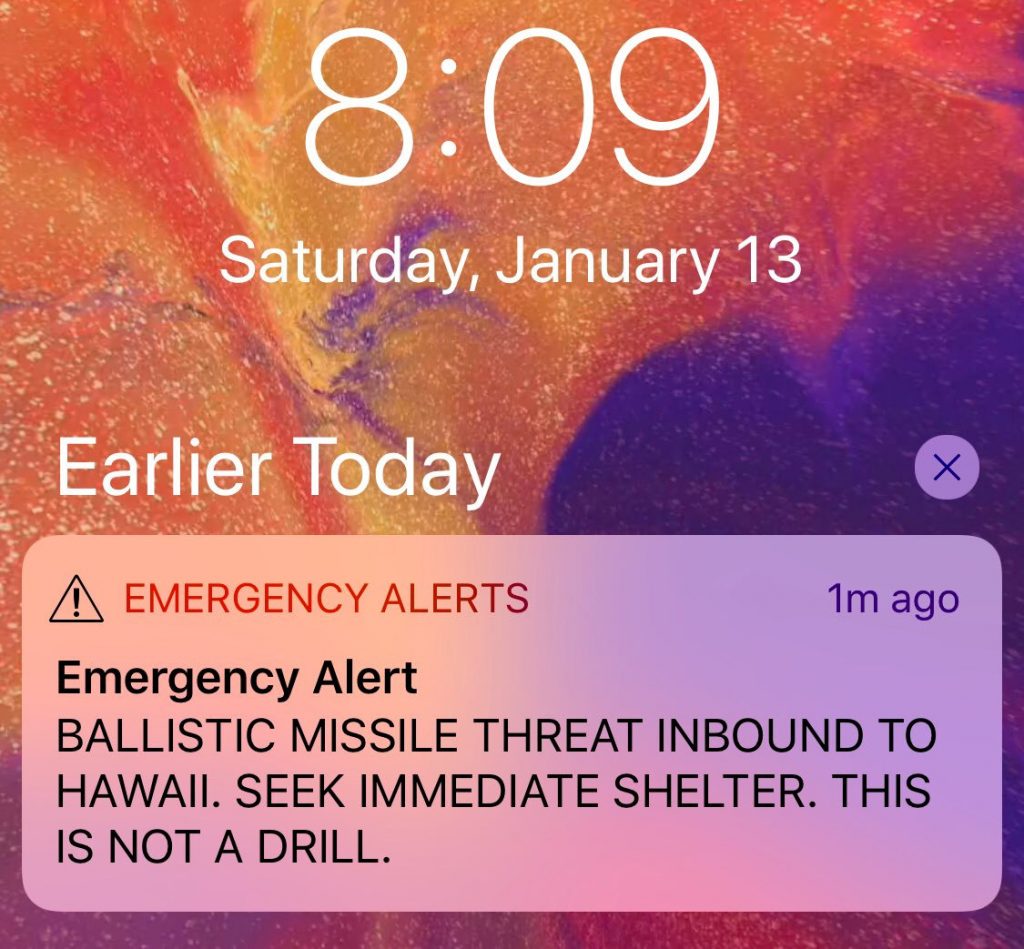 The U.S. Federal Communications Commission said on Saturday it was launching a “full investigation” into a false wireless emergency alert that a ballistic missile was headed for Hawaii, the chairman of the commission said.

“The @FCC is launching a full investigation into the false emergency alert that was sent to residents of Hawaii,” FCC chairman Ajit Pai said in a Twitter post on Saturday.

The alerts to Hawaii cell-phone users were issued at about 8:07 a.m. local time saying “BALLISTIC MISSILE THREAT INBOUND TO HAWAII. SEEK IMMEDIATE SHELTER. THIS IS NOT A DRILL.” The alert was officially canceled about 38 minutes later.

The FCC has jurisdiction over the emergency alert system. Earlier this week, Pai said the FCC would vote at its January meeting to enhance the effectiveness of wireless emergency alerts, which have been in place since 2012.

Hawaii’s Governor David Ige said in a statement that “the public must have confidence in our emergency alert system. I am working to get to the bottom of this so we can prevent an error of this type in the future.”

CNN reported Ige told reporters that the mistake was the result of human error and someone at the state emergency management agency pushed the “wrong button” during a shift change.

Wireless carriers do not prepare or write the alerts but they run simultaneously on all networks.

The FCC is working to better target alerts to impacted people and will vote this month on a proposal to “more precisely target these alerts to affected communities.”

Pai is proposing that providers “deliver these alerts to match the geographic area specified by the officials sending the alert with no more overshoot than one-tenth of a mile,” he said in a statement earlier this week.

Pai said the improved alerts will “lead Americans to take more seriously the alerts they receive on their mobile devices.”