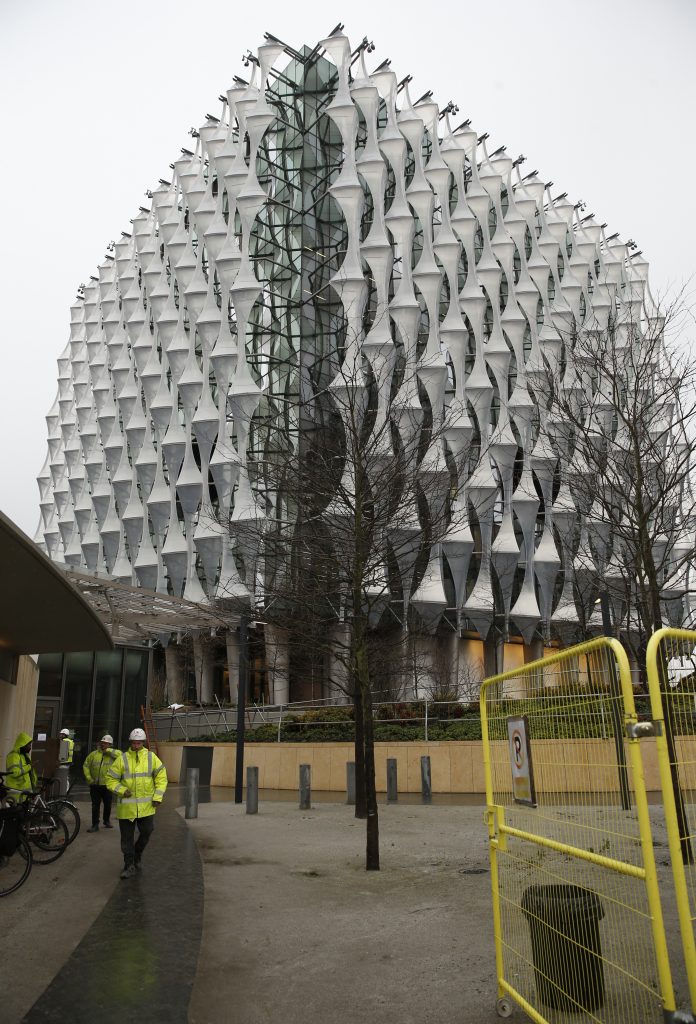 President Donald Trump canceled a trip to London scheduled for next month to open a new embassy, blaming Barack Obama for selling off the old one for “peanuts” in a bad deal.

More than a year into his presidency, Trump has yet to visit London, with many British voters promising mass protests against a U.S. leader they see as crude, volatile and opposed to their values on a range of issues.

“[The] reason I canceled my trip to London is that I am not a big fan of the Obama Administration having sold perhaps the best located and finest embassy in London for “peanuts,” only to build a new one in an off location for 1.2 billion dollars,” Trump said in a tweet late on Thursday.

The decision to acquire a new London embassy site on the south bank of the Thames was announced in 2008 under George W. Bush along with the plans to put the Grosvenor Square site in Mayfair up for sale.

A pillar of Britain’s foreign policy since World War II, the so-called “special relationship” with Washington has taken on added importance as Britain prepares to leave the European Union in 2019 and seeks new major trade deals.

But senior British officials have been dismayed by some of Trump’s pronouncements, particularly a proposed ban on Muslims entering the United States and most recently when Trump rebuked Prime Minister Theresa May on Twitter after she criticized him for retweeting British far-right anti-Islam videos.

May was the first foreign leader to visit Trump after his inauguration in January last year, and they were filmed emerging from the White House together.

During that trip a year ago, May extended an invitation to make a state visit – which includes pomp, pageantry and a formal banquet with Queen Elizabeth – by the end of 2017.

That state visit, which is different from his now canceled working trip, has still not yet taken place, though British officials insist it has not been canceled.

The American flag was this month removed from the U.S. Embassy in Grosvenor Square – an area known as “Little America” during World War II, when the square also housed the military headquarters of General Dwight D. Eisenhower.

The new embassy on the south bank is a veritable fortress set back at least 100 feet from surrounding buildings – mostly newly erected high-rise residential blocks – and incorporating living quarters for U.S. Marines permanently stationed inside.

The $1 billion construction, overlooking the River Thames, was funded by the sale of other properties in London.