Israel Lapid Pulls Ahead in Polls, But Not Enough to Form Govt.
Israel 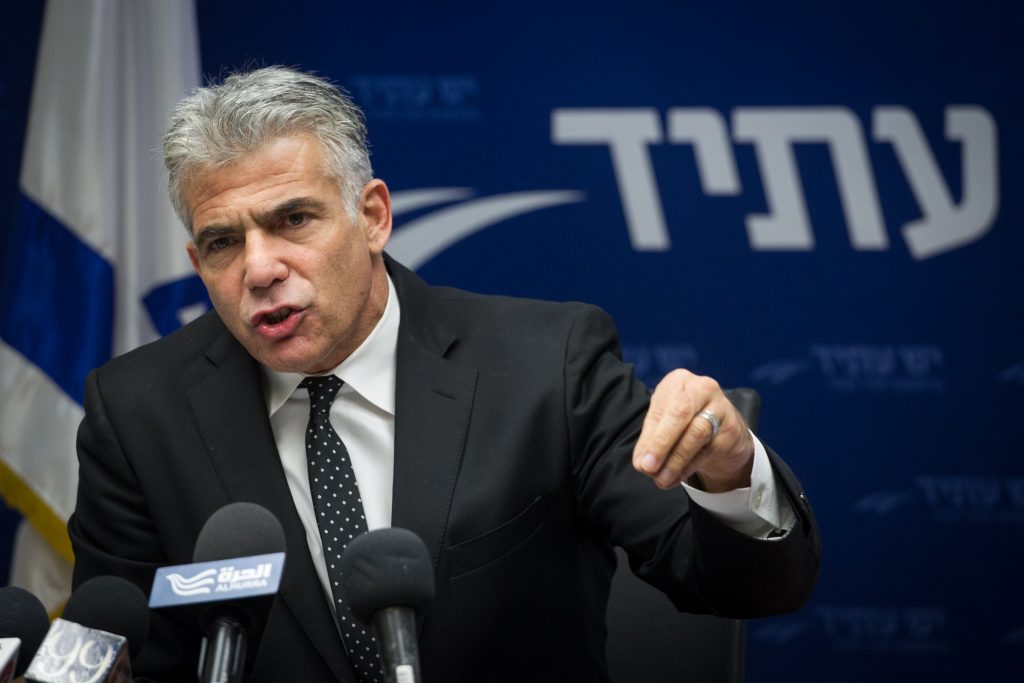 After a rough political week – which included the difficult struggle to get the Supermarkets Bill passed, and which included embarrassing media revelations about the personal conduct of his son Yair – it appeared that Prime Minister Binyamin Netanyahu’s political fortunes were taking a turn for the worse. A poll in the weekend edition of Maariv had Netanyahu’s chief rival, Yair Lapid, leading his party to 27 seats in a new Knesset, with the Likud only getting 22. That is the best polling result for Yesh Atid since the party was formed some five years ago.

It’s clear that many of the new Yesh Atid supporters were coming from the “softer right” faction of the Likud, as Zionist Camp continued to remain at far lower numbers than it had previously polled. The poll had that party receiving only 14 seats in a new Knesset. Jewish Home would get 13 seats, also in line with recent polls.

The rest of the parties also polled at the same levels as in other recent surveys. Kulanu would receive nine seats, while United Torah Judaism would get eight. Meretz would come in with seven, and Yisrael Beytenu could expect five. Shas holds on, but barely, with four seats. The United Arab List would come in with 11 seats.

Despite Lapid’s good performance, it is not good enough to form a government without one of the rightwing or chareidi parties. Taken together, a Lapid-led coalition consisting of Zionist Camp, Meretz, and Kulanu – which in and of itself would be a long shot – would count 57 seats. To complete a government, Lapid would have to pull in either Jewish Home, UTJ, or Shas – an even longer shot, given Lapid’s history with religious and chareidi parties and issues – or convince some Likud MKs to join his government.