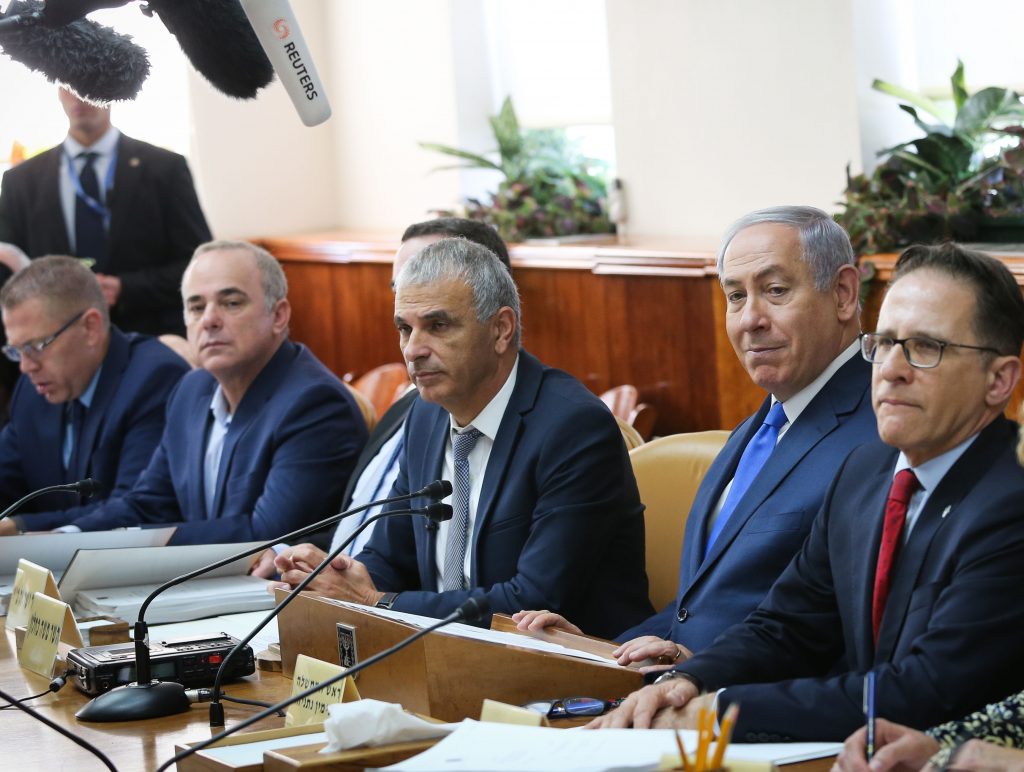 The government approved the 2019 state budget in an early-morning session Friday. The budget will stand at NIS 397.3 billion ($117 billion), and includes numerous social reforms, including a shortened workweek, further cuts in taxes on families and products, more school hours for children in elementary classes, and an increase in state assistance for the disabled.

Prime Minister Binyamin Netanyahu congratulated the ministers for their work in developing and approving the budget. “This is an excellent budget, and its accompanying Adjustments Law is also excellent. It gives expression to Israel as a responsible but caring country. The budget on the one hand ensures continued economic growth and strength, and on the other hand provides for the social needs of Israelis. We will continue to work for the benefit of Israelis for a long time to come – until the government’s term is up” in mid-2019, Netanyahu said.

According to the figures released Friday, the education budget will stand at some NIS 60 billion, while health care will get NIS 38 billion. Welfare and social needs will be allocated NIS 13 billion, with stipends for the disabled covered by a separate line item, worth about NIS 2 billion. The Defense Ministry, as usual, gets the biggest allocation, with NIS 63 billion set aside for defense purposes. The biggest increase in budget was for the Science Ministry, whose budget grew 12 percent over the previous budget, to NIS 550 million.

Now that the government has approved the budget, the next step is to submit it to the Knesset for its first reading. If approved, it will be reviewed by various Knesset committees, including the Knesset Economics Committee, headed by Rabbi Moshe Gafni (UTJ). The government hopes to get final approval for the budget by March, officials said.