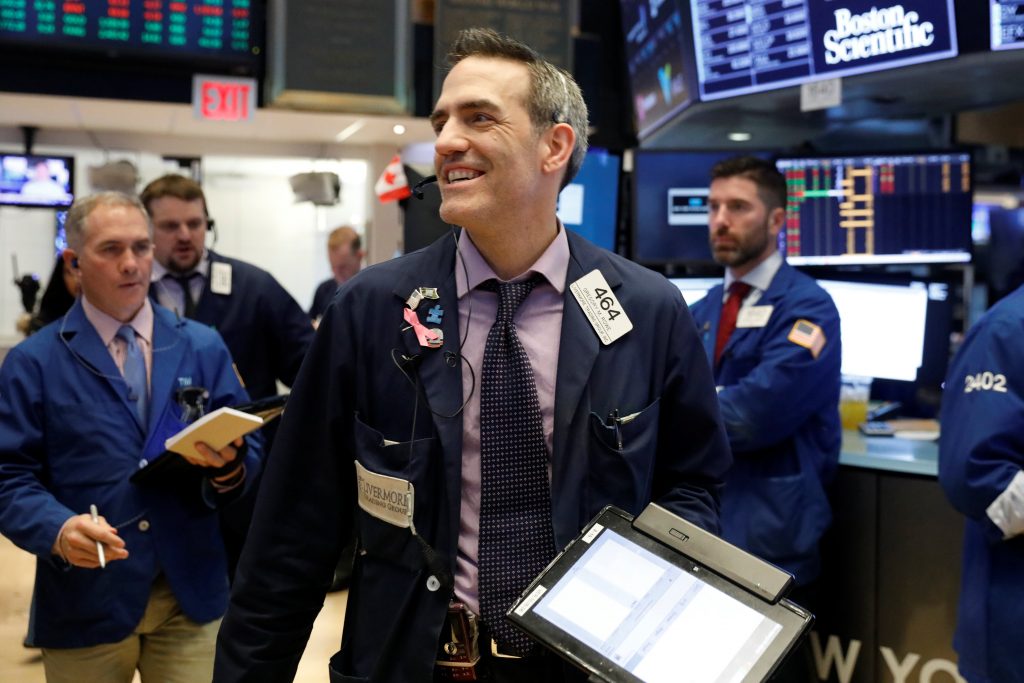 Rising retailers pushed U.S. stock indexes further into record territory on Friday, and the Standard & Poor’s 500 was on pace to close out its seventh week of gains in the last eight.

Interest rates also climbed, and the yield on the two-year Treasury topped 2 percent for the first time since the financial crisis was peaking in 2008.

A government report confirmed that the year-end shopping season was a strong one, with retail sales climbing 0.4 percent last month following a 0.9 percent surge in November. A separate report from the National Retail Federation said that shopping-season spending had its strongest gain since the Great Recession. The numbers fit with what individual retailers have said recently, and several have raised their profit forecasts as a result.

The strong job market has led to higher optimism among shoppers, and they’re opening their wallets up further as a result.

Overall inflation slowed in December, but that was mostly due to gasoline and other items whose prices have historically been prone to quick changes. “Core” inflation, which looks at the steadier components of the Consumer Price Index, accelerated more than expected last month.

RATE EFFECT: Investors have been preparing for a gradual rise in rates, which dropped to record lows following the Great Recession and helped propel the market on its record run. The worry is that a surprise turn higher in inflation could force central banks to move more quickly on rates than the market is expecting, which could upset the calm ride investors have been enjoying.

Stocks that pay big dividends also get hurt when bonds are paying higher interest rates, because they can lure away investors seeking income.

Real-estate stocks, which are big dividend payers, fell 0.7 percent for the worst performance among the 11 sectors that make up the S&P 500. Utilities were also weaker.

DISLIKE: Facebook fell to one of the largest losses in the S&P 500 after the social-media giant said that it is revamping its system; the changes may result in people spending less time on Facebook.

EARNINGS SEASON UNDERWAY: The floodgates are opening for companies to report their results for the last three months of 2017, and expectations are generally high. Analysts are forecasting that S&P 500 companies will report earnings per share that are 10.7 percent higher than a year earlier, according to S&P Global Market Intelligence.

Financial companies are some of the earliest to report, and BlackRock jumped $14.28, or 2.7 percent, to $552.20 after it reported stronger earnings than analysts had expected.

CURRENCIES: The euro touched its highest level since 2014 against the dollar amid hopes for a new coalition government in Germany and signs that the European Central Bank is preparing to rein in its stimulus sooner than many had been predicting.