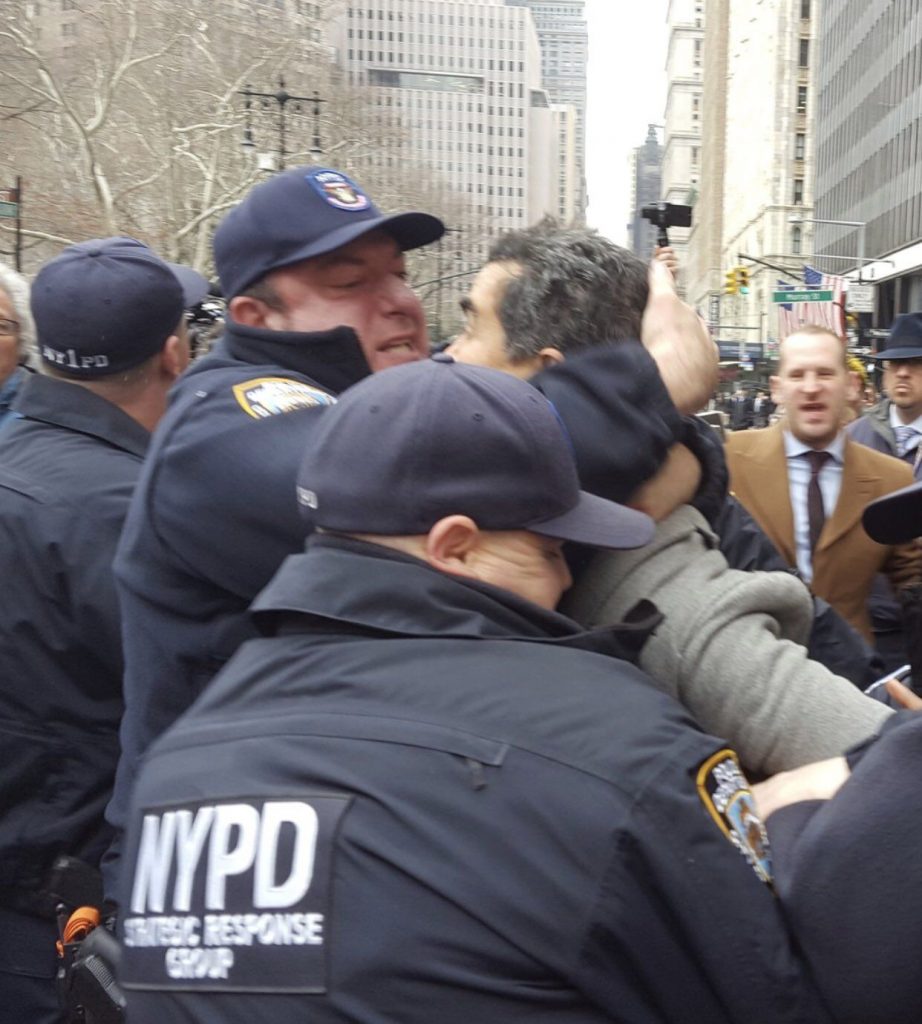 New York City police arrested 18 people, including two councilmen, in protests Thursday over the detention of an illegal immigrant who has been fighting deportation after a fraud conviction.

The demonstrations outside a federal building in Manhattan were over the detention of Ravi Ragbir, a citizen of Trinidad who has become an advocate for fellow illegals.

Police arrested demonstrators who sat in the street and blocked an ambulance, thinking Ragbir was inside. Councilmen Ydanis Rodriguez of Manhattan and Jumanne Williams of Brooklyn, both Democrats, were among those arrested.

Rodriguez accused police of placing him in a banned chokehold. He posted a picture of his arrest on Twitter with the message, “This is NOT how you treat people who are protesting for Human Rights.”

Both councilmen missed a vote on the council’s new leadership team and committee chairmanships.

Also at the protest was Council Speaker Corey Johnson. He was briefly detained, until he was recognized by the police officer.

“After he had shoved me, I told him who I was,” Johnson said. “And that’s when he started to run away.”