Technology This Robotic Maid Will Take Instructions and Learn on the Job
Health, Science & Technology 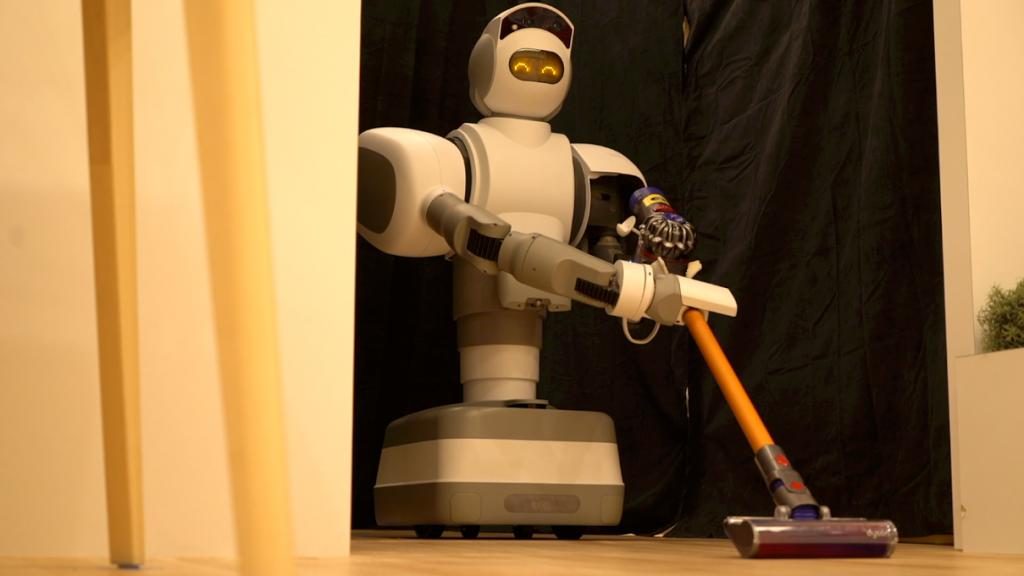 Imagine this: You’re rushing to get ready for work — juggling emails, kids and lunches — and your home is a disaster, with toys on the floor, a carpet that needs of vacuuming and spilled milk in the kitchen.

To make matters worse, you have guests coming over in the evening and you won’t have time to straighten up before they arrive.

For the hyper-clean among us, this is the stuff of nightmares. But what if — instead of hiring a pricey maid service or offering profuse apologies to your guests — you could instruct a robot to do your dirty work?

Such is the lofty promise of the Aeolus Robot, a child-size machine that wowed onlookers this week at the Consumer Electronics Show in Las Vegas. The robot performed domestic duties such as mopping, picking up stuffed animals off the floor, moving furniture and, perhaps most impressively, retrieving drinks from the fridge using an intricate-looking grabbing arm — all without human assistance.

“This is the first multi-functional robot that can act like a human being,” said Alexander Huang, Global chief executive of Aeolus Robotics. “Right now it’s like a child, but we will continue to grow its capability so that it grows from a child to an adult. The more people that use the robot, the stronger it becomes.”

That’s because each robot the company sells will be connected to a network that allows the machines to share information about thousands of objects, using artificial intelligence to make the robot increasingly intelligent as it adapts to your home and routines, Huang said.

The robot, which company officials are in the process of naming, can assign those objects to specific individuals whose faces it has memorized, so that, for example, a child’s toy picked up off the floor doesn’t end up in an adult’s closet.

The abilities to memorize ownership and distinguish the subtle differences between a bagel and a doughnut, or among family members’ faces, give the robot unique capabilities, Huang said.

“You can say, ‘Hey, my room is clean now robot, so please remember this next time you clean and put all my things back in these exact same spots,'” Huang said. “The robot will also remember where you left things, so your grandmother can say, ‘Please find my glasses for me,’ and the robot will go and fetch your grandmother’s glasses.”

Huang believes his company’s creation would be immediately useful for elderly users. Based on “posture recognition,” the robot can determine whether someone has fallen or is experiencing a seizure before alerting emergency services.

Because the robot can incorporate Alexa and Google Home, he said, it could also allow an elderly person to bypass phones, apps and computers they may find confusing.

“We think this robot would add a lot of value to the elderly,” Huang said. “Imagine the robot fetching things for them, carrying heavy objects and helping them communicate with their children and grandchildren.”

How much is a drink-fetching, floor-sweeping, grandchild-calling machine of the future going to run you?

“As much as a family on an overseas vacation,” Huang offers cryptically.

“A family of four,” he laughs.