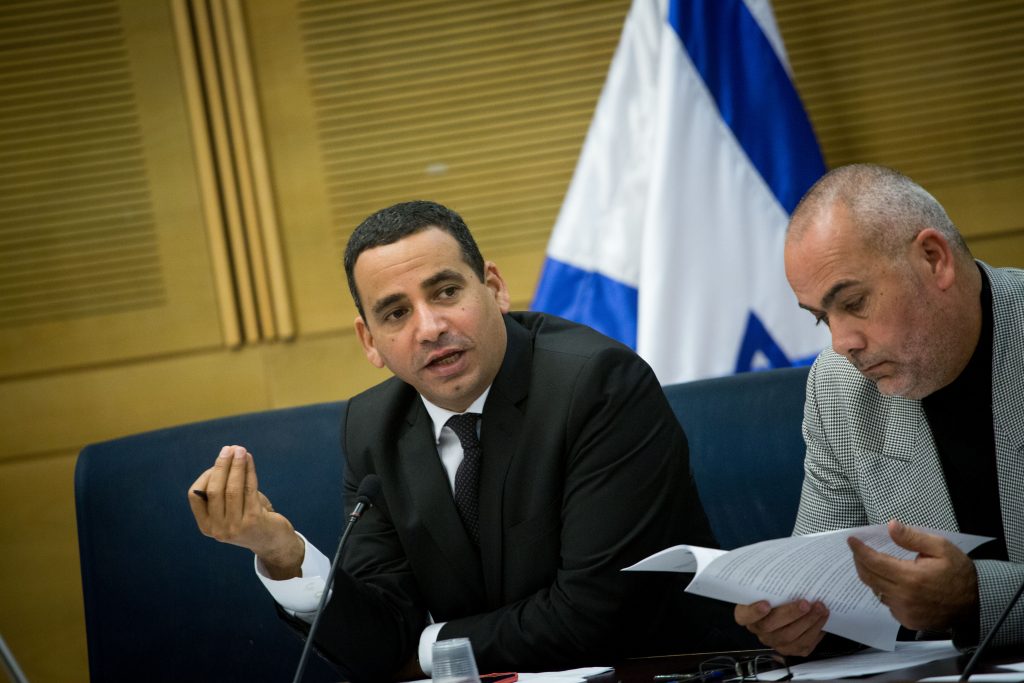 The war of words between the coalition and opposition over the final passage of the Deputy Minister Bill on Wednesday, which paved the way for the return of United Torah Judaism’s Rabbi Yaakov Litzman to the Health Ministry, continued Thursday when Yisrael Beytenu MK Orli Levi-Abukasis directly accused Zionist Camp whip Yoel Chassson of “the cynical use of a funeral” to try and “outsmart” the coalition – a move that failed in the end.

Chasson, for his part, denied that any cynicism was intended, and accused Levi-Abukasis in turn of lying. “Did you speak with me? Did you hear me say what you are telling the media this morning? You weren’t even in the Knesset chamber when the story happened.”

The vote – and the mounting scandal surrounding it – took place Wednesday afternoon. Levi-Abukasis said that she had overheard Zionist Camp MKs say that they had a “trick” up their sleeve. “I heard them say that ‘this is the time, we can surprise them,’” she told Galei Yisrael radio.

The “surprise” was a rescinding of all opposition to the second and third reading of the Deputy Ministers Law, under which a minister has the right to assign responsibilities to a deputy minister, including presenting initial versions of laws to government committees, to sign official documents, and to hire personnel – basically to act as a minister in all but name.

The bill was aimed specifically at getting Rabbi Litzman back in the Health Ministry, after he resigned as Health Minister last month over the failure of the government to halt ongoing Israel Railways infrastructure work on Shabbos.

The bill had been put on a fast track – it had passed its first reading just a day earlier – and was set to be discussed and voted on Wednesday night, although it was likely that that would have been delayed because of opposition demands that changes be made.

Early Wednesday afternoon, however, the opposition removed all its demands – paving the way for the bill to be voted on immediately.

The only problem was that the Knesset chamber was largely empty of coalition members – most of whom were at the levayah of Rabbi Raziel Shevach, Hy”d, in Chavat Gilad. It was this that Levi-Abukasis, as well as other coalition MKs, accused Chasson and Zionist Camp of “cynically” taking advantage of. Coaliton MKs demanded that sanctions be placed on Hasson and Zionist Camp for the action, and the Ministerial Law Coalition said that as punishment it will not consider any opposition laws at its next meeting Sunday.

The bill passed in the end, thanks to several filibusters by coalition MKs who were in the chamber, and were able to hold the vote off until their colleagues rushed back from the levayah. In the interview, Levi-Abukasis said that she found the procedure “shameful. I heard them planning this, they knew exactly what they were doing.”

Chasson in response said that Levi-Abukasis was not in the chamber at the time of the vote, and thus could not have heard any “voices. She didn’t speak with anyone, we have it all on tape. Someone told her to say these things.”