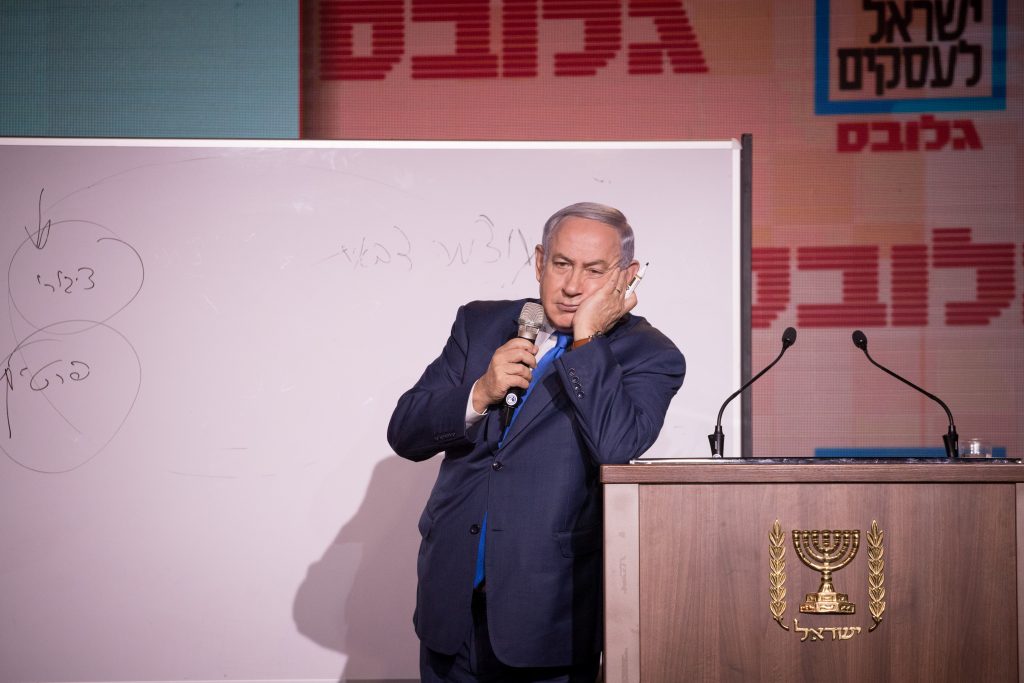 Israeli Prime Minister Binyamin Netanyahu said on Thursday that in the coming weeks he will be meeting “with the leaders of three of the four strongest countries in the world.”

The reference was to the U.S., Russia and India.

Netanyahu will likely get together with U.S. President Donald Trump when he goes to Washington for the AIPAC annual policy conference in early March, The Jerusalem Post quoted an Israeli diplomatic official as saying on Thursday.

Their paths could cross before that, as well, at the Davos Economic Summit later this month, where they both plan to be. But it’s not on the official itinerary of either yet.

Netanyahu flies to India on Sunday where he’s paying a reciprocal visit to Prime Minister Narendra Modi, mostly to promote business ties. Over 150 corporate leaders will be accompanying the prime minister on the trip.

A meeting with Russian President Vladimir Putin is also in the works.

The high-level meetings testify to Israel’s diplomatic stature, which he said flows from the country’s economic and military strength.