Business NAFTA or Not, North America’s Other Two Currencies Are On a Ride
Business 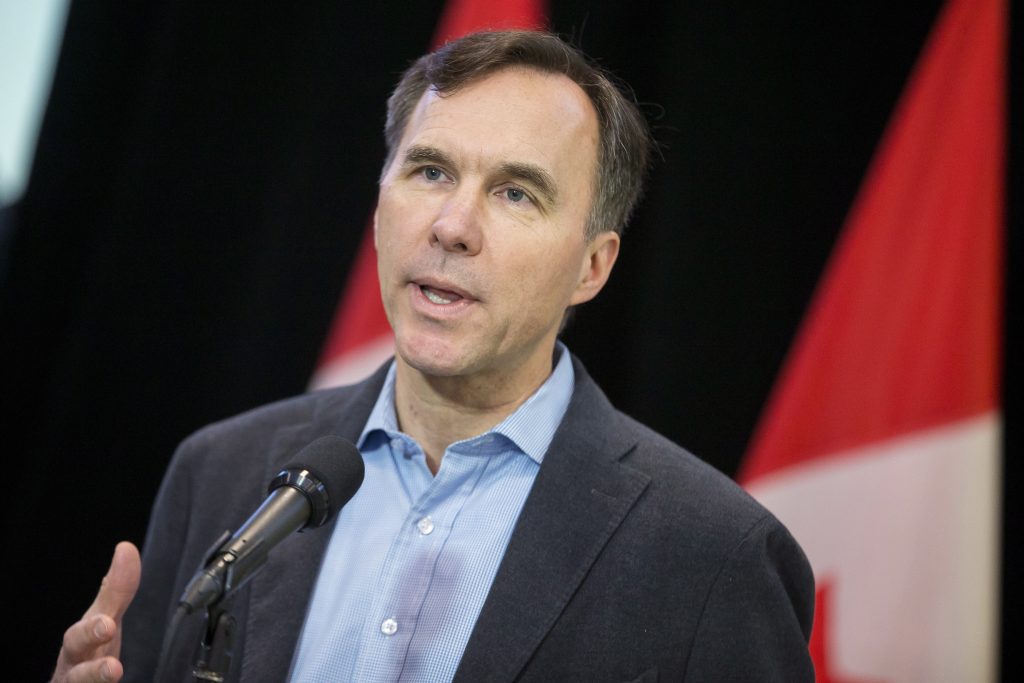 Anyone who thought it was better to downplay the risk of a NAFTA collapse got a rude shock this week, when the Canadian and Mexican currencies sank against the U.S. dollar. The reason: Canadian officials said Wednesday it’s increasingly likely that U.S. President Donald Trump plans to dump the trillion-dollar trade pact.

The White House was quick to deny it. And Thursday, Canada said it’s preparing new talks related to autos, signaling a potential breakthrough in one of the biggest NAFTA sticking points.

Still, the sudden slide means implied volatility – a measure of expected swings priced in options contracts – has soared. For the Mexican peso and Canadian loonie, one-month volatility is trading near this year’s high.

Choppy trading will be the norm as negotiators head into the next round of NAFTA negotiations, set for Jan. 23-28 in Montreal. One-month volatility captures market swings throughout the next set of talks.

It’s more than a battle of currency traders. At stake is a relationship between the three nations whose annual trade in goods totals about $1 trillion – and even the business models of companies such as Ford Motor Co. and General Motors Co. that have adapted their supply chains to take advantage of the trade zone.

Yet the NAFTA headlines also weighed on the expectations for a tightening in the Bank of Canada’s monetary policy. The probability of an interest-rate hike by the central bank at its meeting next week slipped to 71 percent Wednesday from 87 percent the day before, swaps pricing indicated.

“NAFTA comments are a bit of a reality check for BoC tightening expectations at least,” said Shaun Osborne, the chief economist at Bank of Nova Scotia in Toronto.

For the peso, jitters over the North American Free Trade Agreement adds to uncertainty over Mexico’s July presidential election. The currency started the year as the best performer among major currencies, extending the rebound since September, but lost the post after Wednesday’s drop.

“If true, this is honestly a bomb for the Mexican peso,” said Juan Carlos Rodado, the New York-based head of research at Natixis SA, about the possibility of U.S. exiting the agreement. “If you add on top of NAFTA noise the political uncertainty, the trend for Mexico’s peso is simple: weakness until July 1.”