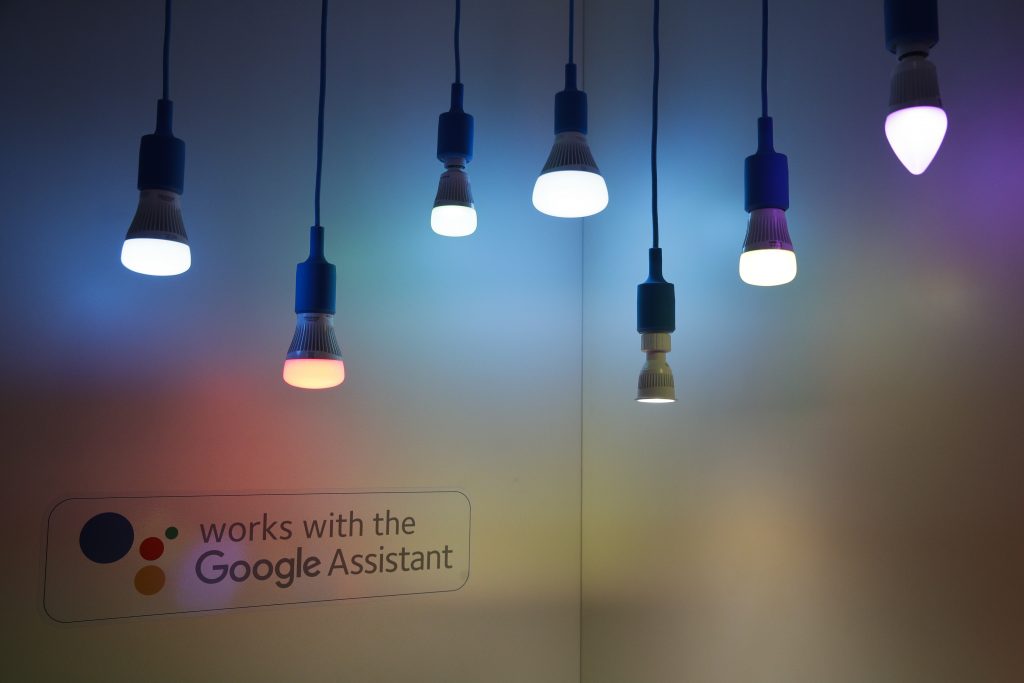 A sad cycle has overtaken the gadget business. It starts this week at CES, tech’s biggest annual convention, where inventors compete to connect the most random things to the Internet. This year’s “smart” stuff includes pillows, air fresheners and even toilets.

A few months from now we’ll see different headlines: That smart thing you bought is actually spying on you. Sooner or later, the story gets worse: Your smart thing has been hacked.

That’ll inevitably be followed by: Your smart thing is gathering dust in the attic.

Gadgets are broken. That’s the refrain I heard on repeat from exhibitors and long-time tech followers who also went on a dreary hunt for big ideas at this year’s CES. Self-driving cars are a ways off and artificial intelligence still has to mature. The best moment at CES came Wednesday when the power went out for two hours and folks had to go sit in the sun.

The Consumer Technology Association estimates that Americans will buy 715 million connected tech products in 2018. Too many of them create more problems than they solve. A tide of distrust for Silicon Valley is sweeping over many of us who always have a smartphone nearby, but worry it’s ruining our lives.

Exploring the CES floor and listening to the keynote presentations, I noticed some patterns for where gadget makers get off track — and also a few ideas that I think could make their products better.

There’s still just 24 hours in a day, but you wouldn’t think so from the many products at CES that want to fill previously unimagined moments of your life with additional stimulation. Talking glasses? How about a giant touchscreen fridge? Samsung, one of the world’s largest makers of screens, showed a video during its keynote of a child in a near-future going from staring at his phone to climbing into a car and having another large screen slide in front of his face. He goes unstimulated for less than a second.

Apple isn’t immune. Two of its largest investors published an unusual public plea to Apple’s board last Saturday to address the “addictive” effects of the iPhone on children. That’s a huge issue, but I’d extend that plea to adults, too: How many of us have experienced the phenomenon of picking up a phone to send a message and find ourselves sucked into a vortex of distraction? Before you realize it, you’re reading some Wikipedia page and can’t remember why you picked up the phone in the first place.

Solutions won’t be easy, especially for tech companies like Facebook and Google that make money by selling our attention to marketers. But I’m heartened to find products starting to explore not how to fill more of our time, but rather help us spend our time better. Automakers are developing the software to not only shut off our cellphones while we’re driving, but intelligently respond to the incoming messages and calls. And Samsung has coming soon a new “Thrive” app, that helps people disconnect from their phones.

Security Is Not Our Job

When I buy a car, I don’t have to purchase seatbelts and bumpers on my own — I trust the automaker took care of making it safe. But the electronics industry puts the responsibility for security largely on us, selling way too many smart products that are the equivalent of cars with zero-star safety ratings. The past few years have brought nightmare after nightmare about hacked gadgets, such as toys that spy and baby cams broadcasting on the Web unbeknownst to parents.

Connecting anything to the Internet comes with risk. But there are basics that could stop these devices from being hacker bait, such as offering over-the-air software updates, conducting ethical hacking tests and requiring strong passwords. (It’s appalling how many smart home devices don’t even do those things.) Privacy is no less of a concern: If you make a connected toilet, why do you need to log every time I flush? And who are you sharing that data with?

America lags Europe in regulations protecting consumer data, but some companies are starting to wise up. Samsung said it would include its Knox security software in its coming generations of connected appliances. And there’s also a glimmer of hope in a small but growing niche of products that work like antivirus for whole your house. These products, such as Bitdefender Box, Dojo by Bullguard, Cujo and the Norton Core look for unusual patterns in traffic on your home network — say, a thermostat that suddenly starts streaming video to Russia. I hope we’ll see these kinds of capabilities built into more home Wi-Fi routers.

Putting a refrigerator on the Internet isn’t in itself useful — it’s just more expensive. What is useful: a fridge that’s always got fresh milk, because it orders more from the store when you’re low. Tech companies are focused on adding to the “Internet of Things” (aka IoT) with ever more things, but to win a place in more homes, connected devices need to solve actual problems. For that we need an “Internet of Services.”

Smart door locks are headed in this direction. One brand called August announced a delivery service at CES with a logistics company called Deliv. It would allow to-be-named participating retailers to drop products right inside your door.

Home security is an even better example. The company ADT recently opened up its home-monitoring service to DIY home products from Smart Things instead of just the ones it sells itself. So now your own connected smoke alarm, door sensors and leak detectors can report to human operators, who you pay a no-commitment monthly fee to take action like calling the cops when you’re not around. Of course, this requires that the devices all be able to talk to one another — or at least, to ADT. Why can’t all our connected things just get along?

Don’t Lock Us In

Amazon and Google had an outsize presence at CES even though they introduced few products of their own. They were here working overtime to persuade gadget makers to build their talking tech Alexa and Google Assistant into their devices. (Amazon CEO Jeff Bezos owns The Washington Post.) It’s land grab for even more valuable data about how we live in our homes.

It’s also an effort to force us to be loyal. You might be fond of Alexa, but do you really want to build her into your house? (Amazon took a wrong turn down this path last year with its Amazon Key in-home delivery service that locks you into a relationship with the retailer.) And what happens if another product comes out that only works with Siri? I’ve got four different talking assistants on various devices in my house, but unfortunately my virtual staff doesn’t communicate well with each other.

I was happy to see some gadgets at CES trying to stay neutral. The connected toilet from Kohler? It’ll work with Alexa, Google Assistant and Siri. That’s progress.