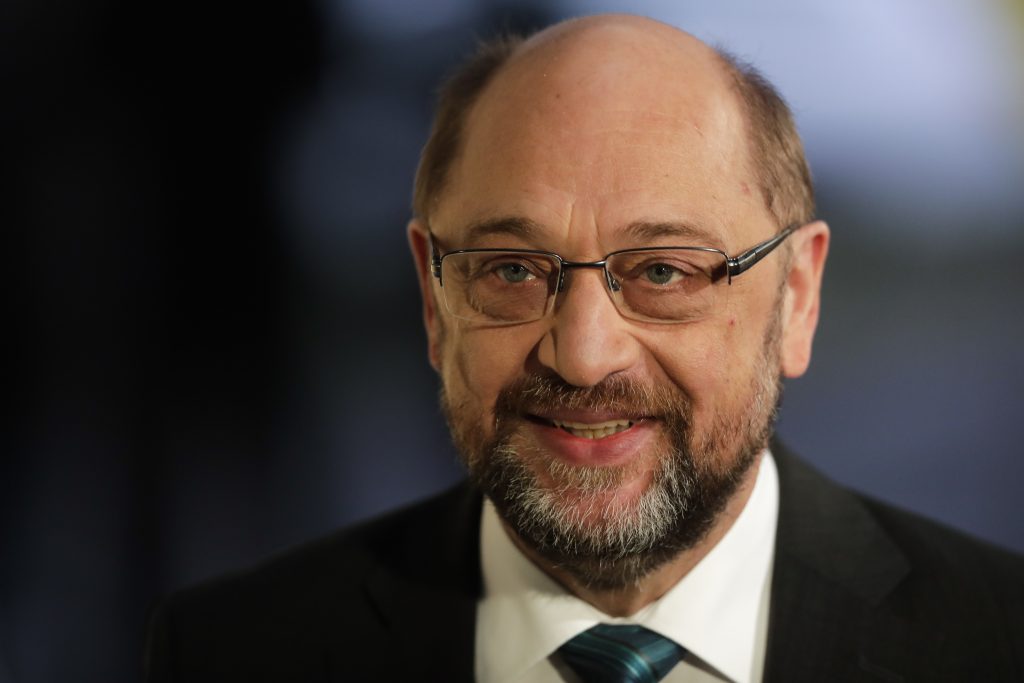 Chancellor Angela Merkel expressed confidence Thursday that her conservative Union bloc would be able to find enough common ground with the center-left Social Democrats to move toward formal coalition talks.

Heading in to final day negotiations, Merkel told reporters in Berlin that “large obstacles in the path” remained but that she intended to push for new compromises.

“The people expect us to find solutions,” she said.

Following a dismal result in Germany’s Sept. 24 election the Social Democrats vowed they would not extend their “grand coalition” of Germany’s biggest parties with Merkel, but reconsidered after her attempts to form a coalition with two smaller parties collapsed.

Closed-door talks this week have centered on whether the parties can find the basis to open formal negotiations on a coalition agreement to form a new government.

Should the Social Democrats and Merkel’s Christian Democratic Union and Bavarian-only Christian Social Union not be able to form a coalition, the only other paths ahead would be a Merkel-led minority government or fresh elections.

Social Democratic leader Martin Schulz told reporters ahead of the final round of talks that they had already made progress and found common ground on “many points.” However, Schulz, a former president of the European Parliament, said any new government needed to “strengthen Europe.”

“What we need in Europe is the same as what we need on a national level, we need … more cohesion,” he said.

Germany currently has a caretaker government, limiting Merkel’s ability to launch major initiatives at a time when French President Emmanuel Macron has pressed for ambitious reforms in the European Union.

The final round of talks are set to focus on the thorny questions of migration policy, health care and finance and also recap other decisions made during the week. The discussions are expected to conclude late Thursday or early Friday morning.

Even if the two sides decide they have the basis for coalition talks, such negotiations would require the approval of a Social Democrat congress, and the party’s leadership will have to overcome strong reservations among members.