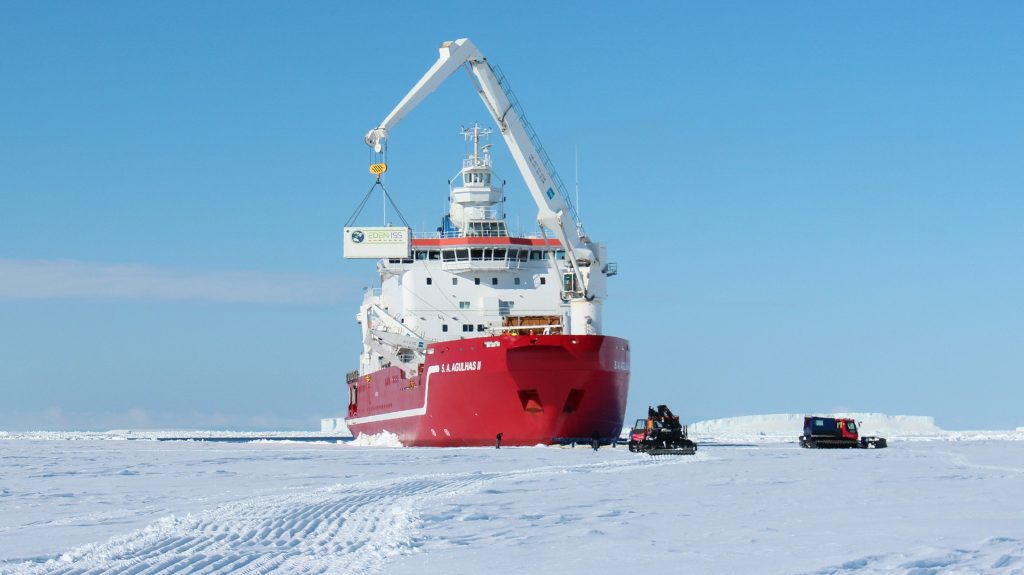 Paul Zabel, the caretaker of the greenhouse, and his colleagues, conducted a trial of the garden in Bremen, Germany.

Cultivating greens in the Antarctic’s hostile conditions requires extreme measures — temperatures can drop to −22 degrees Fahrenheit, and the sun disappears for months at a time. To beat the odds, Zabel has turned to the growing method known as aeroponics, which eliminates the need for soil (greenhouses at the American stations use this method, too). Instead, fruit and vegetable plants will sit on racks with their roots hanging in the air, where they receive a spritz of nutrient-rich mist every few minutes.

The Antarctic is the ideal test site for growing vegetables under artificial light and without soil in a sealed system, where all water is recycled and no pesticides or insecticides are required. The test will demonstrate the cultivation of crop plants in deserts, in areas on Earth with low temperatures, as well as for future manned missions to the Moon and Mars.

Ultimately the project is designed to test techniques for efficiently cultivating plant-based food in even more extreme environments, such as on the International Space Station or Mars.

The EDEN ISS greenhouse was placed just 400 meters from the German Neumayer Station III in the Antarctic.