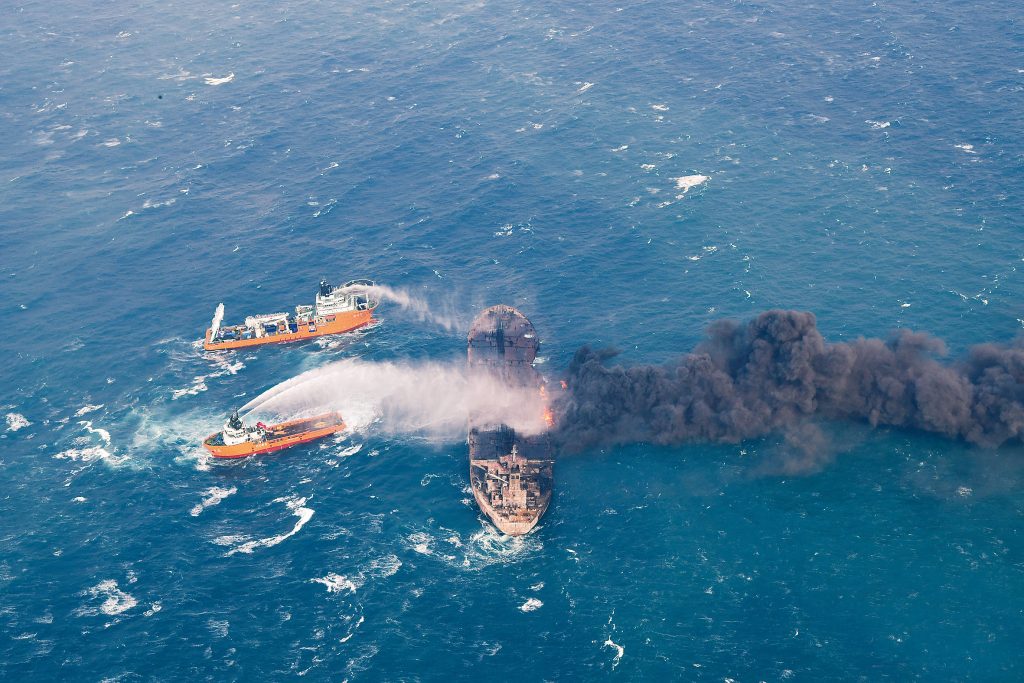 Firefighting vessels on Thursday resumed attempts to put out a blaze aboard an oil tanker in the East China Sea, in a disaster that may have killed all 32 crewmembers.

Photos on the Chinese Ministry of Transportation’s microblog showed thick black smoke pouring from the ship on Thursday morning. Rescuers on Tuesday found a body believed to be a crewmember from the Iranian-operated tanker, the Sanchi, but there has been no sign of survivors.

Chinese officials have warned that the tanker could explode and sink, possibly triggering an environmental disaster.

The Sanchi was carrying nearly 1 million barrels of condensate, a type of gassy, ultra-light oil, when it collided Saturday evening with a freighter 160 miles off the Chinese coast and caught fire. Intense flames, bad weather and poor visibility have hampered rescue efforts.

The entire crew of the Panamanian-registered vessel — 30 Iranians and two Bangladeshis — went missing after its collision with the Chinese freighter CF Crystal. The cause of the collision remains unclear.