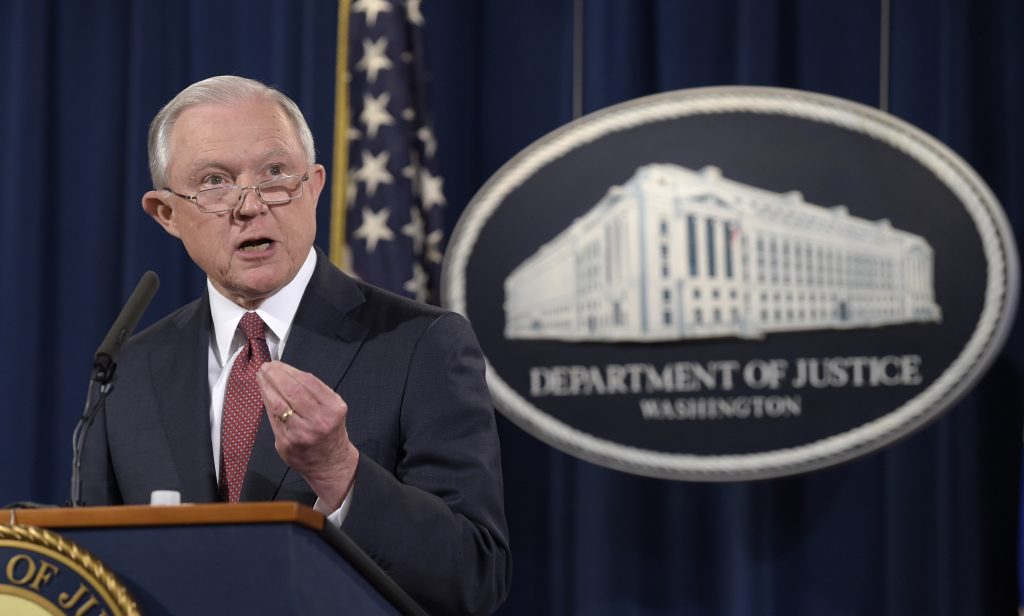 The Justice Department has set up a team to investigate individuals and organizations providing support to Hezbollah, the Iran-backed terror group in Lebanon that the U.S. has branded a terrorist organization, Attorney General Jeff Sessions said on Thursday.

President Donald Trump says Obama gave away too much to Iran to secure the agreement, which gives Iran relief from sanctions in exchange for curbs on its nuclear program.

Sessions said the Justice Department will assemble leading investigators and prosecutors for the Hezbollah Financing and Narcoterrorism Team to ensure all investigations under the DEA program, called Project Cassandra, will be completed.

“The Justice Department will leave no stone unturned in order to eliminate threats to our citizens from terrorist organizations and to stem the tide of the devastating drug crisis,” Sessions said.