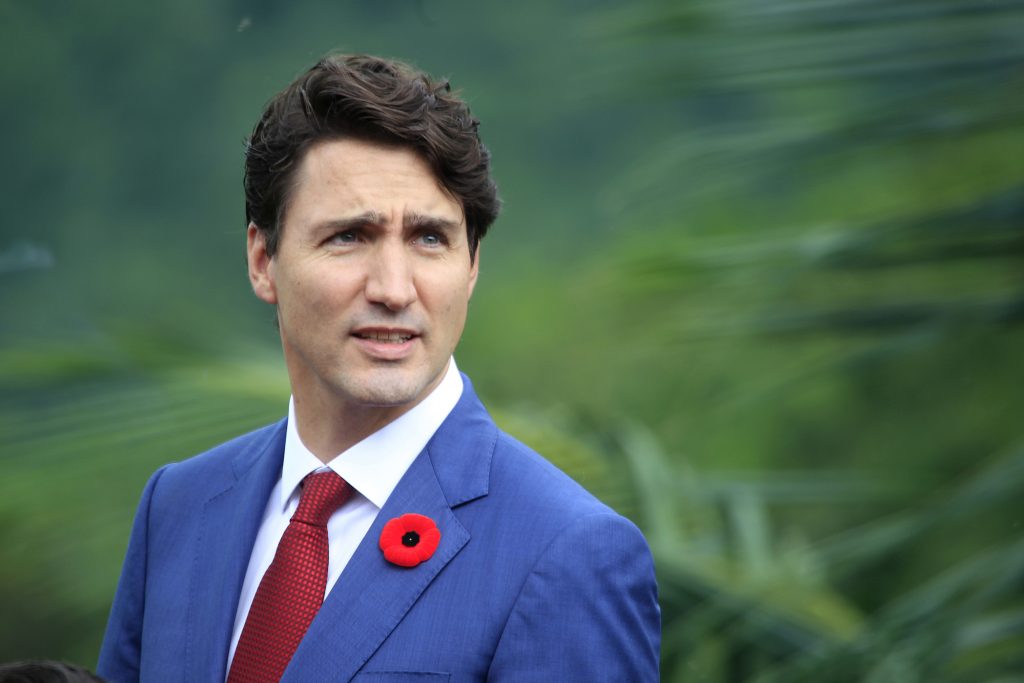 When the Trump administration issued an immigration ban on citizens of seven majority Muslim countries a year ago, Canadian Prime Minister Justin Trudeau sent out an unambiguous tweet about Canada’s stance on refugees and asylum seekers.

“To those fleeing persecution, terror and war, Canadians will welcome you, regardless of your faith. Diversity is our strength,” Trudeau wrote on Jan. 28.

But when U.S. Homeland Security announced this week that it was withdrawing Temporary Protected Status, or TPS, for 200,000 Salvadorans, giving them 18 months to sort out their immigration status permanently or face deportation, the reaction from the Canadian government was more muted.

Fearing an influx of newcomers crossing “irregularly” into Canada from the United States, the Canadian government has embarked on an information campaign to discourage Salvadorans from trekking north, as thousands of Haitians did when threatened with a loss of protected status last summer.

The government announced that it was planning to send Pablo Rodriguez, a Spanish-speaking member of Parliament, to California in the coming days to speak to community groups, lawyers and Spanish-language media. His message is simple: If you don’t qualify for refugee or asylum status, don’t try to cross into Canada.

“Canada has a robust and structured immigration system that must be respected,” Argentina-born Rodriguez told La Presse newspaper in a French-language interview. “Before leaving your job, pulling your child from school and selling your house to come to Canada, make sure you understand the rules and the laws. Because if you don’t fill these criteria, chances are you’ll be returned, not to the U.S. but to your native country.”

The government also says there are plans for a “targeted digital campaign” aimed at TPS-affected communities.

Last summer, when rumors swirled through the Haitian community that they were going to lose the TPS designation in place since the 2010 Haiti earthquake (the designation was lifted in November), a wave of Haitians headed to the Canadian border. As many as 250 people a day crossed “irregularly” along a rural road in upstate New York into neighboring Quebec, prompting a crisis of sorts, with authorities forced to put a temporary tent encampment at the border and house migrants at Montreal’s Olympic stadium.

Following an outreach program to the Haitian community in places like Miami, the influx of migrants has slowed. Only 60 or so migrants now cross into the country in Quebec per day and most of those crossing are from Nigeria, not Haiti, according to Scott Bardsley, spokesman for Canadian Public Safety Minister Ralph Goodale.

Hursh Jaswal, an aide to Immigration Minister Ahmed Hussen, said that while those migrants needing protection will be allowed to stay, the others will be removed. He noted that only 8 percent of completed asylum claims made by Haitians who entered Canada over the past year were accepted. The vast majority of claimants are still awaiting a hearing.

In a news conference Tuesday, Hussen said the government was not expecting a surge of Salvadorans but has plans in place just in case.

“We are not being complacent,” he said. We are making sure we are prepared for any eventuality, including a future influx of asylum seekers crossing our border irregularly and, in that regard, we are using the lessons that we learned in the summer to do so.”

Under the terms of the Canada-U.S. Safe Third Country Agreement, most migrants are required to request refugee protection in the first safe country they arrive in. For many migrants crossing into Canada from the United States, that means they are legally blocked from entering Canada at a regular border point. But if they cross “irregularly” through the undefended frontier, they are arrested but can immediately make a refugee claim. After undergoing a security check, they can stay in the country until they get a hearing.

Refugee claimants can work and receive health care while waiting for their hearings. According to the Canadian Broadcasting Corp., 14,467 people crossed into Canada outside legal border points in the first nine months of 2017, with half coming from Haiti.

Angela Ventura, spokeswoman for the El Salvador Association of Windsor, Ontario, said she has already been getting calls from Salvadorans living in the United States, anxious to know whether they should come to Canada if they’re forced to leave the United States.

“I advise them to do it legally, not illegally,” said Ventura, a paralegal by training who has been in Canada for 28 years.

She said she has pleaded with the Canadian government to consider allowing these Salvadorans to come to Canada not simply as refugees.