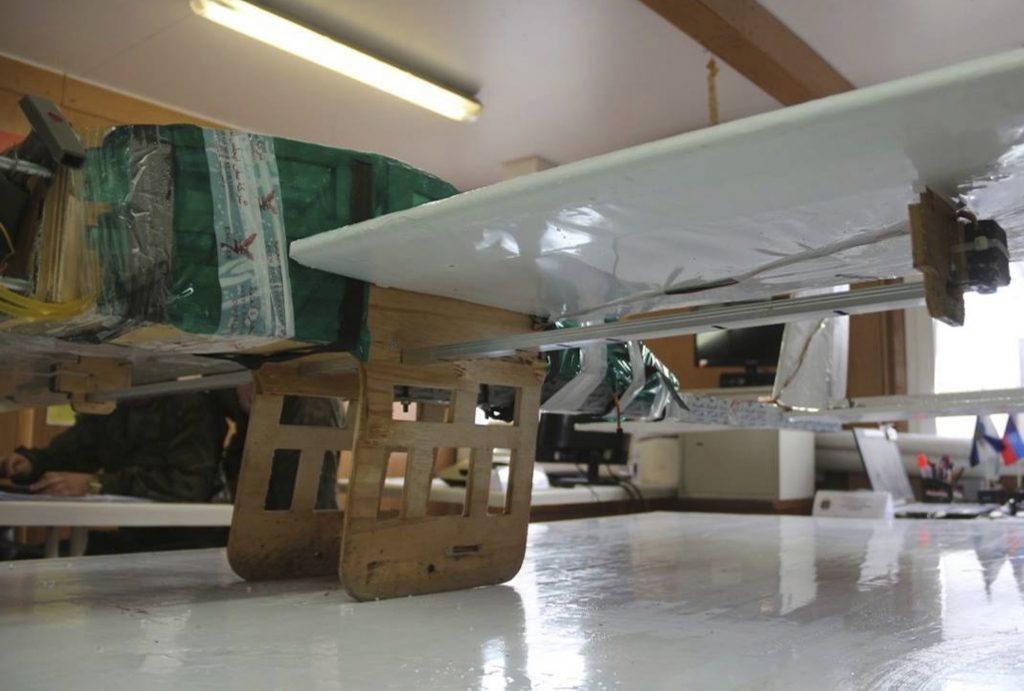 Russian bases located in Syrian President Bashar Assad’s Alawite heartland had been immune to rebel raids ever since Moscow launched its campaign in Syria in September 2015. But a series of drone attacks and mortar and rocket shelling in recent days has broken the calm.

The incursions have raised doubts both about the sustainability of the Assad government’s recent victories and Moscow’s ability to protect its assets in the country.

A drone raid on Saturday was unusually massive, involving 13 of the aircraft equipped with satellite navigation and launched from a distance of up to 100 kilometers (60 miles) away, according to the Russian Defense Ministry. It said seven of the drones were shot down by air defense systems, and the remaining six were forced to land.

While the ministry said the attack caused no damage to the Hemeimeem air base in the province of Latakia and the naval outpost in the Syrian port of Tartus, it marked the first time the militants used drones against Russian assets on such a large scale.

No one has claimed responsibility for the attacks.

Without directly blaming any specific country, the Russian military said the necessary data and capability for the attacks could only have been obtained “from one of the countries that possesses know-how in satellite navigation” — a statement that appeared to be directed at the United States.

It also noted a “strange coincidence” of a U.S. military intelligence plane flying over the Mediterranean near the two Russian bases at the moment of the attack.

Russian lawmakers skipped decorum, bluntly accusing the U.S. of sponsoring the drone attack. “That action wouldn’t have been possible without involvement of American structures,” said Gennady Zyuganov, head of the Communist Party and a member of the lower house.

Dmitry Sablin, a lawmaker who coordinates parliamentary links with Syria, told the Interfax news agency the attack was even bigger than the Russian military acknowledged, involving 31 drones.

The Pentagon strongly denied any involvement.

“Any suggestion that U.S. or coalition forces played a role in an attack on a Russian base is without any basis in fact and is utterly irresponsible,” said Marine Maj. Adrian Rankine-Galloway, a Pentagon spokesman.

The Russian and the U.S. militaries have maintained regular contacts to avoid conflict between their forces in Syria. In recent months, however, the Russian military brass has become increasingly critical of the U.S. role in Syria, accusing it of protecting militants who can carry out future battles against Assad — a claim the U.S. has angrily denied.

The drone attack on the Russian assets in Syria also raised tensions between Russia and Turkey. Moscow and Ankara have backed opposite sides in the conflict, but they struck a deal last year to set up de-escalation zones, which also involved Iran, another Assad backer. The agreement has helped reduce fighting significantly and contributed to warmer ties between Russia and Turkey.

The official military daily Krasnaya Zvezda (Red Star) cited the Defense Ministry as saying the drones targeting the Russian bases were launched from al-Mouazzara in Syria’s northwestern province of Idlib, where Turkey wields influence with some rebel groups.

The ministry said it has sent letters to Turkey’s military leaders, asking them to use monitors to help prevent further attacks from Idlib.

Late last month, rebels in Idlib fired rockets at Hemeimeem, which were shot down by air defense systems protecting the base.

And on Dec. 31st, the air base came under mortar shelling for the first time since the start of the Russian campaign in Syria.

The business daily Kommersant reported that the attack destroyed seven aircraft and caused a powerful explosion at an ammunition depot. The Russian Defense Ministry denied that any of its aircraft were lost, but it acknowledged that two troops died in the shelling.

The losses brought the Russian official military death toll in Syria to 43.

The nearest rebel positions in the area are east of Latakia province in the Jabal al-Akrad region, from which the terrorists have targeted the city of Latakia with rockets and shells.

There have been reports in Arab media that the mortar attack might have come from within government controlled areas, hinting at local Alawite fighters or Iranian-backed gunmen seeking to send a message to Russia.

The daring use of short-range mortars also pointed to the inability of Syrian forces to protect the Alawite heartland from hit-and-run raids by the rebels. That could significantly raise the stakes for Moscow.

In a broadcast visit last month to the Hemeimeem air base where he declared victory over the Islamic State group, Putin praised the “excellent” performance of the Russian troops in Syria and he also ordered a partial withdrawal of the forces.

“You have shown the best qualities of a Russian soldier — courage, valor, team spirit, decisiveness and excellent skills,” he said. “The Motherland is proud of you.”

Asked if the pullback announcement was premature, Putin spokesman Dmitry Peskov said the remaining Russian forces have “all the necessary means” to fend off any attacks by the terrorists.