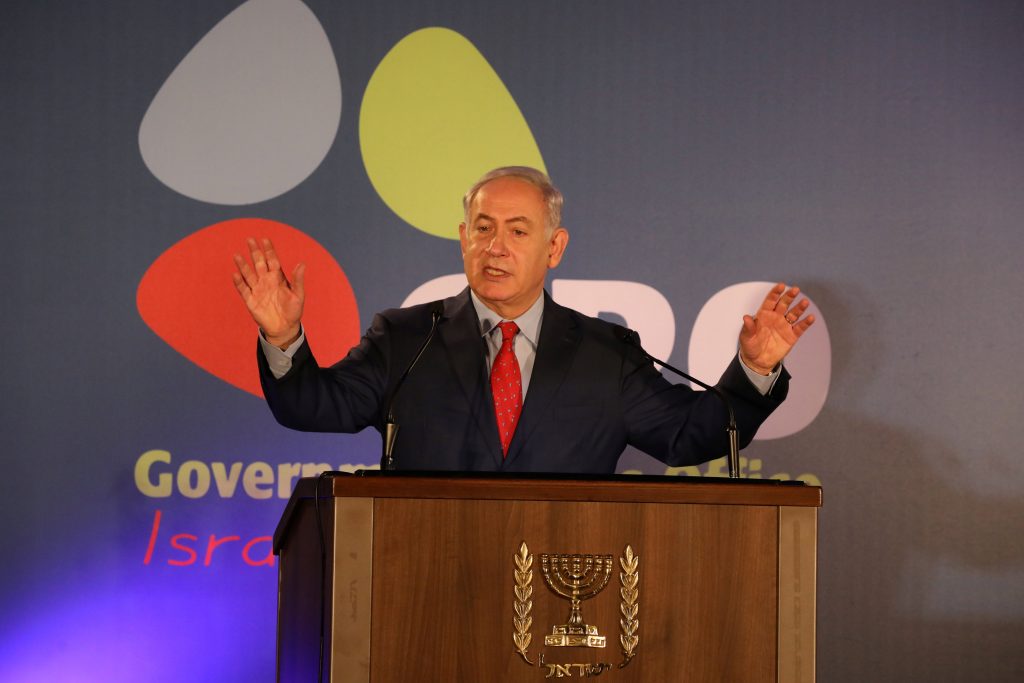 The Palestinian leader had yet to do so, as of Wednesday evening.

Netanyahu raised the issue twice during diplomatic activities on Wednesday, in separate talks with the foreign ministers of Ireland and the Netherlands.

The prime minister also urged Dublin’s Simon Coveney, and Halbe Zijlstra, from the Netherlands, to pressure Abbas to cease paying stipends to Palestinian terrorists and their families.

“The prime minister said that here the true source of the conflict is revealed, which is the refusal to recognize the State of Israel in any boundaries accompanied by the encouragement of the murder of Israelis wherever they are,” Netanyahu’s office said.

However, the only condemnation issued by the Palestinian Authority on Wednesday was a condemnation of U.S. Ambassador David Friedman, who angered the PA with a tweet:

“An Israeli father of six was killed last night in cold blood by Palestinian terrorists. Hamas praises the killers and PA laws will provide them financial rewards. Look no further to why there is no peace.”

The Palestinian Ministry of Foreign Affairs said the comments reflect his “prejudiced and selective attitude towards the occupation, settlement construction, and the Palestinians’ just and legitimate national rights.”

Later, Wednesday evening, Netanyahu came to Friedman’s support: “I want to congratulate David Friedman, who tweeted the truth, unvarnished, and straightforward,” said Netanyahu. “He said some important things. Mahmoud Abbas’s government is supporting murderers who murdered the father of six.”