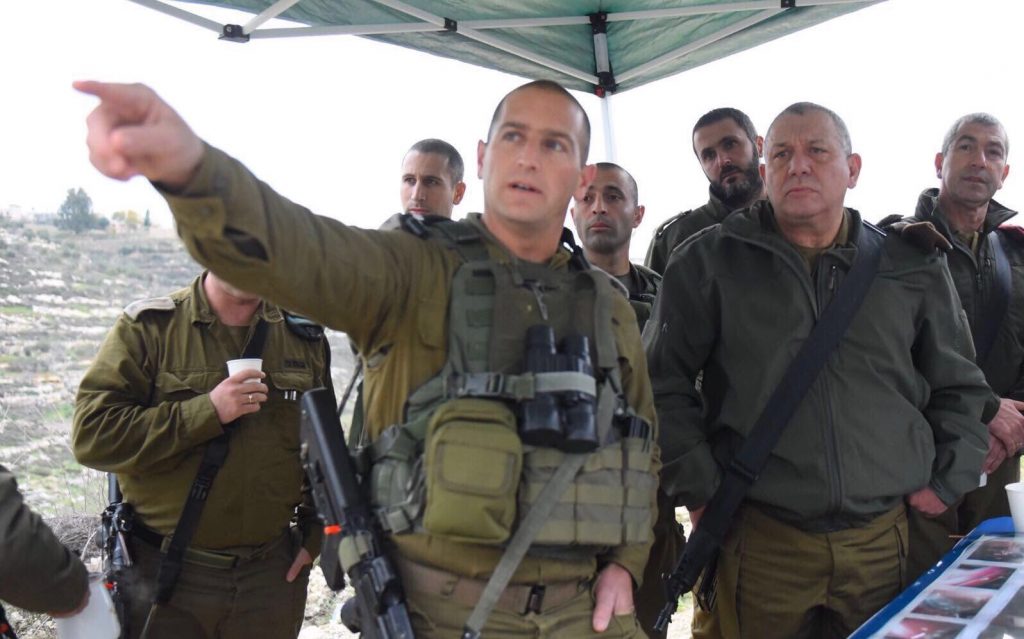 The levayah for Rabbi Raziel Shevach, Hy”d, who was murdered in a drive-by shooting attack in central Shomron Tuesday night, will be held at 1 p.m. local time – but it is not clear where the levayah will take place. In a statement, the Shevach family said that they planned to lay Rabbi Shevach to rest in Chavat Gilad – the outpost that he lived and worked in. “Raziel asked that if something ever happened to him that he be buried in Chavat Gilad,” the family said. “We will respect his wishes and and bury him in the town that he so loved. We ask that all of Am Yisrael join us for the levayah.”

The Civil Administration has not made a statement on the matter, but if the funeral takes place in Chavat Gilad, Rabbi Shevach will be the first person to be buried there – because there is no cemetery in the outpost, which is considered an unauthorized outpost, and is the scene of occasional building demolitions by the Civil Administration. Yossi Dagan, head of the Shomron Regional Council, called on the government to allow the funeral to take place.

“On such a terrible day for the family, the Shomron, and for all the Jewish people, the right answer to these murderers is to further cement our hold on the Land of Israel, starting with full recognition and a legal status for Chavat Gilad,” said Dagan. “I call on the prime minister and defense minister to intervene to allow the levayah of Rabbi Raziel, Hy”d, to take place on the land that he loved.”

Meanwhile, hundreds of IDF soldiers were on patrol in the Shechem area looking for the perpetrators of Tuesday night’s shooting attack. Soldiers were checking vehicles and individuals entering and exiting Shechem and the villages around the city one by one. The large majority of people were not being allowed out of town, and a nighttime curfew was imposed as soldiers searched the alleys and lanes of Shechem looking for the murderers of Rabbi Shevach. Additional checkpoints have been set up on roads in the area.

At the site of the attack on Road 60, outside of Chavat Gilad, protesters held a vigil overnight Tuesday demanding more action against terrorists. IDF Chief of Staff Gadi Eisenkott arrived to inspect the site of the murder on Wednesday morning, and was greeted by shouts and demands of protesters seeking more action against terrorists. Among the demands presented by protesters was the restoration of checkpoints outside all Arab villages, checkpoints that Eisenkott had ordered removed.

Rabbi Shevach, Hy”d, was 35 years old, and was a father of six. He was a volunteer emergency medical technician for the Shomron Regional Council, a Magen David Adom volunteer, and a mohel and shochet. He was known for his kiruv work both in and out of Chavat Gilad, presenting shiurei Torah to children and youth.