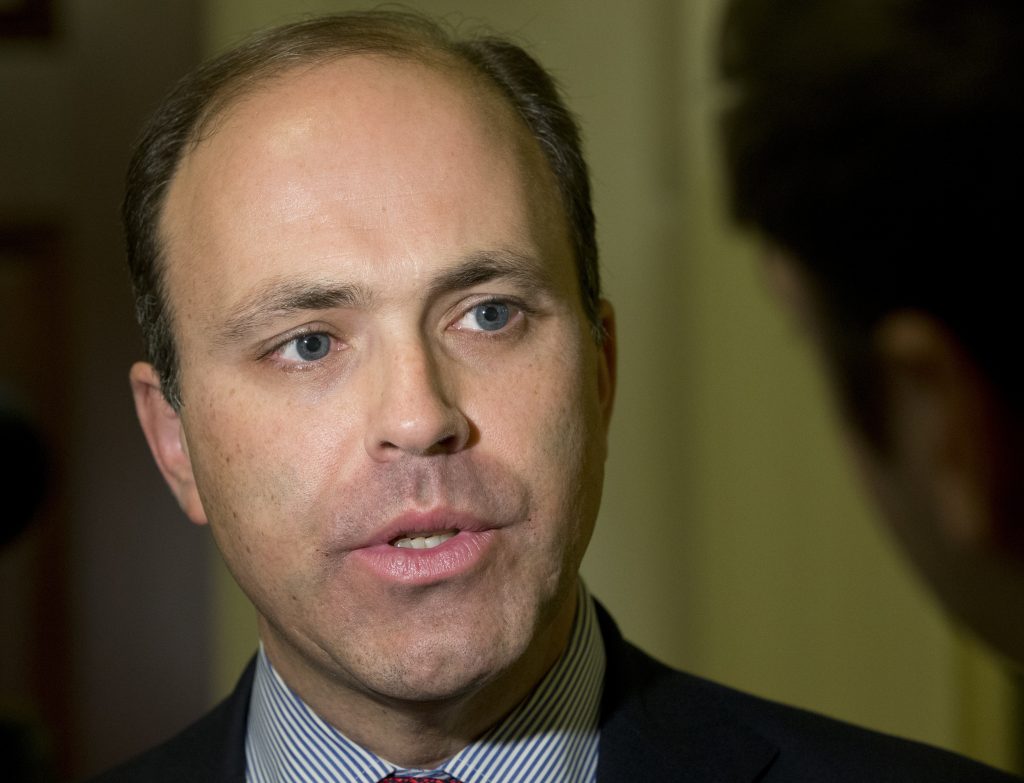 Democrat Shelly Simonds, who lost a tied House of Delegates contest last week in a random drawing, gave up her right to a recount Wednesday, concluding one of Virginia’s strangest and most consequential election sagas in a way that shored up the GOP’s narrow control of the chamber.

The move came less than an hour before the House reconvened for its 60-day session and cleared the way for her Republican rival, incumbent Del. David Yancey (Newport News), to be seated without complaints from Democrats.

“It is with great disappointment that I am conceding the election to David Yancy,” Simonds tweeted. “I just tried to make a personal phone call to him and would like to ask him to vote for Medicaid expansion.

“I have conceded because I do not see any legal pathways forward and I want representation for the 94th district today,” she wrote.

House Clerk G. Paul Nardo said on Tuesday that he planned to seat Yancey unless Simonds had requested a recount by the time the chamber convened at noon.

State law gives Simonds until Jan. 16 to make that request – potentially creating an ugly scene that could have marred the installation of a new GOP speaker and complicated the party’s effort to rebrand itself after devastating losses in an anti-Trump wave in November.

With Yancey in place, Republicans will have a 51-49 majority in the House.

The Yancey-Simonds contest was one of two disputed Republican wins that allowed the GOP to hang onto control despite losing a stunning 15 seats in the fall. The GOP has led the House for 18 years, dominating by 63-to-34 majority before the elections.

A handful of voters sued over the other disputed election, a 73-vote squeaker in a Fredericksburg-area district where 147 voters mistakenly received the wrong ballots. A federal appeals court on Wednesday rejected their request to invalidate that race, clearing the way for Republican Bob Thomas to be sworn in.

Democrats needed to upend both the Yancey and Thomas wins to take control of the chamber, but they could have forced Republicans into a power-sharing arrangement by picking up just one of those seats.

On Election Day, Yancey appeared to win the race by 10 votes. A recount put Simonds ahead by a single vote. The next day, a three-judge recount court decided that a ballot discarded during the recount should be tallied for Yancey, bringing the race to a tie – 11,608 votes apiece.

A state election official broke the tie Thursday by picking names out of a stoneware bowl created by a Virginia artist.

Since then, Virginia politicos have been awaiting word on whether Simonds would request a second recount. Doing so might have strengthened Democrats’ hand as they tried to wrangle some power from Republicans, since historically, the House has not seated delegates whose races are subject to a recount.

In recent days, a handful of Democrats and Republicans have tried to hash out a deal that would make for a smooth opening day. Republicans have pressed Democrats to abandon any challenges to the Yancey and Thomas wins. Democrats have sought guarantees from Republicans that they would not stack the legislative committees.

Cox, who as speaker would make all committee appointments, has already said that he supports proportional representation on committees. But Democrats want that promise codified in the rules.

They have also pushed for language that says Cox would make the appointments “in consultation” with Democrats, suggesting that the Democratic leader might propose Democrats for certain committee slots.