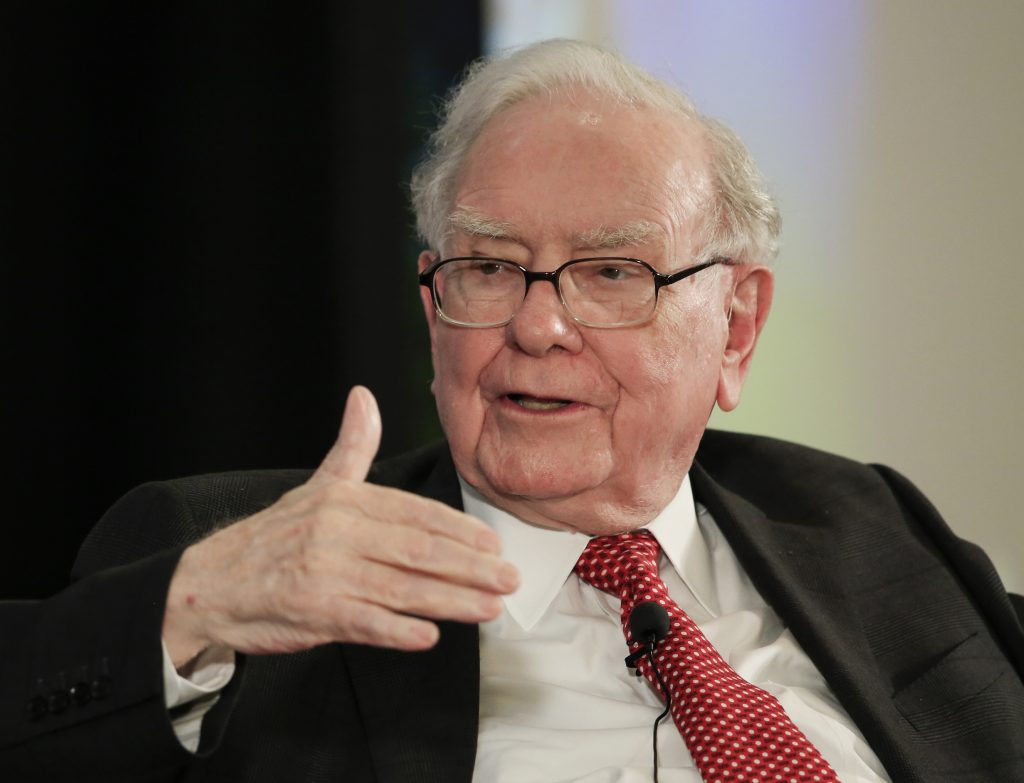 “People who own the businesses, they now own 20 percent more of the domestic earnings,” Buffett, chief executive of Berkshire Hathaway Inc., said in an interview on CNBC Wednesday.

Describing the change as a “big deal,” he gave as an example Berkshire Hathaway’s BNSF Railway.

Still, when asked about whether he would have pushed lawmakers to vote for or against the legislation, he chose another route.

Here are some of his other comments:

-Buffett said he’s no fan of cryptocurrencies and is confident that the run up in their value is fleeting.

“In terms of cryptocurrencies, generally, I can say almost with certainty that they will come to a bad ending. Now when it happens, or how or anything else, I don’t know. But I know this: If I could buy a five-year put on every one of the cryptocurrencies, I’d be glad to do it; but I would never short a dime’s worth.”

– Stocks “are not richly valued relative to interest rates.”

– Buffett was asked whether he’s been a buyer or seller of the stock. Berkshire owned 37 million shares of the company as of the end of September.

“Net we’re buying,” he said. “We’re basically buyers over time. There could be conditions under which we’re sellers. For one thing, the money keeps coming, so we basically keep buying.”

Berkshire Vice Chairman Charles Munger joined Buffett in the interview and also addressed succession at the conglomerate, saying shareholders probably have “seven or more good years coming out of Warren.”